Facility is double the size of the previous regional DC 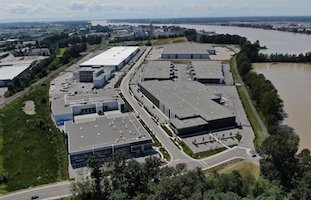 At a grand total of 281,400 square feet, the new regional distribution centre (RDC) in Delta is twice the size of the facility it replaces.

Sitting on a 12-acre site, it includes a warehouse – including an office and lunch area – of 262,620 square-feet; a 14,780 square-foot training centre, which is bigger than the company’s training centre at the head office in Richmond Hill, Ontario; and, a regional sales office of approximately 4,000 square feet.

The DC will be staffed by 25 employees, and will carry 31,000 unique part numbers. BMW expects that more than 450,000 individual parts will be distributed from the warehouse every year.

In keeping with BMW’s corporate responsibility goals, the new Regional Distribution Centre minimizes energy consumption through use of a LED lighting system, up-to-date insulation, a high-efficiency air handling system, and heating and cooling. It is sustainable according to all international standards.

The RDC will serve over 100 BMW, MINI and Motorrad retailers nationwide. 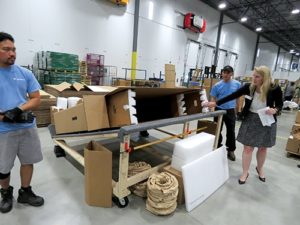 This new DC completes a series of infrastructure investments that included a new parts warehouse in Mississauga, Ontario. that opened in the spring of 2018.  These builds tie in to major restructuring BMW AG has been coordinating to enhance the efficiency of its global supply chain network.

Part of the enhancements involved creating two new continental parts hubs, one in China and the other in the United States. The new Delta facility will take advantage of the U.S. hub, which stores and ships North American-made parts across the continent, providing faster parts deliveries to retailers across Canada.

“The beginning of outbound service at the Regional Distribution Centre in Delta is an exciting conclusion to some large-scale logistics projects,” said Tracy Bulmer, aftersales director, BMW Group Canada.

“We are thrilled to have a company of this stature choose the City of Delta as its home for the region. This large facility brings good jobs to support the local economy at a crucial time. We look forward to many years of great connections with BMW, which we are now pleased to welcome into Delta’s business family.”