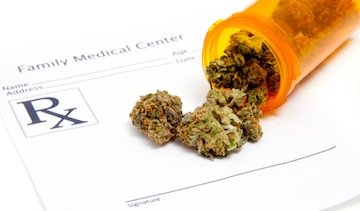 Like any distribution operation, Tweed will need to cope with SKU proliferation, inventory security, and automation. (Photo: Thinkstock)

SMITHS FALLS, Ontario—Ever since Hershey Canada Inc shut down its chocolate production plant and distribution centre in 2008, the Smiths Falls, Ontario facility has sat empty. But over the course of the next few weeks, the site’s new owner wants to pull it out of mothballs and give it a new purpose: serving as a medical marijuana production and distribution facility.

The company that has purchased the facility, Tweed Inc, is a new organization, created specifically to become a supplier of medical marijuana under a Health Canada program that licenses the production and distribution of the drug.

According to Tweed CEO Chuck Rifici, the company needed to purchase the site before it could take the next step in applying for its licence.

“Part of our application process requirement is to have an address finalized. The application itself has elements that are site-dependant: floor plan, security, etc. So having secured that little over a week ago, we were able to finalize our application.”

As to why Tweed chose the facility, Rifici says the layout of the DC makes it a perfect place to set up operations.

“The facility we are primarily occupying is a portion of the main building of the site. That building has been expanded over the years, but the primary area is known as the distribution centre,” he explained.

“It has 28ft clearance and relatively wide-open space. That’s ideal for what we need,” he said. “Our process rooms are about 12-feet high. We run our electrical systems on catwalks above that, so we need about 20ft of space ultimately, so we do need relatively high ceiling height.

“We also need a facility that had been previously used for manufacturing—although it was a distribution centre, it had some process equipment in about a third of the location, so there is already power being delivered to that area. It was part manufacturing and part queuing for packing products. Because of the timelines involved in this medical marijuana regime, the time it takes to bring in a new power plant to the facility—and building new is out of the question for timing and cost—it has been an ideal location.”

According to Rifici, the entire site encompasses 470,000sqf, and of that space, two-thirds was used by Hershey as a DC. The rest of the space was used for chocolate production, peanut roasting, and dairy operations. As well there are buildings the house boiler and mechanical systems.

While it’s located with good access to Highway 401, the road network wasn’t one of the main factors why Tweed, which is temporarily headquartered in Ottawa, Ontario, will be moving to Smiths Falls.

“In the case of our business, it’s relatively low volume compared with most manufacturing businesses that could occupy that site.

“For us, it comes down to labour pool and cost structure as key drivers for the location. If there were two Hershey plants of identical size, location wouldn’t be too much of an issue,” he said.

From a physical standpoint, Rifici says the building won’t need too much work to ensure it will meet Health Canada’s security requirements. The site is mostly fenced-in, so Tweed, and its security consultants will just need to ensure there are cameras recording the entire perimeter of the building 24/7, as well as the activities inside, and install security equipment that will control ingress and egress to the building.

“Health Canada has a directive of controlled substance security requirements that has been in place for years,” he said. “It is based on 12 levels of security, depending on the value of products stored on the site. There are lots of security companies familiar with it. We talked with one of these companies, they asked us what level we wanted to get a licence for, and they knew immediately what security protocols are required.”

One thing that isn’t seen in a typical DC is a vault, but Tweed will need to construct one.

“Because it’s a highly divertible product we have to treat it in a way that’s like cash. It’s something like running a bank.

“We’ll have a 5,000sqf vault on site. We intend to license it hold up to $150 million of inventory. Our licence will be commensurate with that level of security. Key production at our site would not produce that in a year, but there is a wholesale component in the regime as well as an import/export component, so given the amount of space we have to work with, we didn’t think it made sense to risk having an undersized vault in case the wholesaler import/export market avenues develop over time.”

To start with, picking in the vault will be a manual procedure, supervised by people who have passed Health Canada-mandated security checks, but Rifici says he can see the company considering automated systems at some point in the future.

“At peak production, assuming our assumptions of market demand and the amount of SKUs we think make sense to hold, we’ll end up with perhaps 30 different strains, and different lots of each one those. Fetching products to ship could become a complex, so it makes sense to have a little bit of automation. We need to figure it out as we go.”

SKU proliferation is a reality that concerns Rifici because at this point in time, growing the plant can be a bit of a hit-or-miss process. He says that marijuana seeds don’t always behave in a predictable manner.

“It’s going to depend on the variability and the genetic shifting that happens. We’ll propagate each production batch from the same genetic stock. For a particular strain, each batch of that strain will be tracked by lot for recall purposes.

“As long as the THC (Tetrahydrocannabinol, the main psychoactive constituent found in marijuana) and CBD (cannabidiol, which produces an anti-convulsant effect in patients who use the drug) and the cannabinoid percentages are within the same tolerance, it becomes one SKU. But over time, if there is shift there—if it does shift from batch to batch or harvest to harvest—then we’ll end up with 30 new SKUs every three months and we’d have to track that.

“The nice thing is as the product gets shipped, we’d retire SKUs very quickly. We’d have to change the percentages on the product label. That could get a bit complicated.”

Ricifi says a lack of rigid horticultural practices is why genetic drift is a possibility.

“The reason there is so much shift, where you have a potted plant like a marigold that has been produced for 300 years, there is very drift in the genetics. But medical marijuana seed breeders don’t have that history of keeping a strain identical. That’s the major difference going from a general large scale horticultural operation to a medical marijuana operation—monitoring drift and selecting the right plants from which to propagate and keeping a fairly narrow variation.”

When it comes to the logistics and distribution aspects, Rifici says he will rely on couriers, carriers and shipping partners to handle the security.

“The products have to be in a non-descript package. Sure people will know what a product leaving our site is, but it’s not going to have a label or a logo or any kind of branding. It will be a bland package.

“As far as total value, the truck that’s delivering Apple products will have more value and be at more risk of theft than the one carrying items from our site.”

He added that Health Canada’s main concern is the package is signed for upon delivery and that the delivery method is secure.

At this point, there is no guarantee that Tweed will be granted a licence by Health Canada, and while Rifici has said the application and regulatory process has been going smoothly so far, he does have plans in case the worst happens and the company isn’t permitted to become a medical marijuana producer and distributor.

Tweed is hiring a property management company which will work to develop the site, and bring tenants into the unoccupied portions of the buildings.