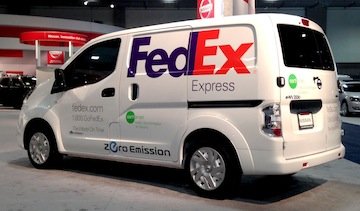 SAN FRANCISCO, California—FedEx Corp, the latest company accused in a US federal probe involving illegal online pharmacies, says it will fight the charges that it knowingly shipped drugs to people who lack valid prescriptions.

The company says it would have to invade the privacy of customers to stop such deliveries.

By contrast, UPS Inc paid $40 million last year to resolve similar allegations and vowed to overhaul its procedures and work with investigators to detect suspicious activity.

The contrasting responses to the decade-long federal probe of the prescription drug black market underscore the difficulty shippers have in determining how far to go to ferret out illicit online pharmacies among their customers and to alert the government.

Wall Street analysts, legal experts, anti-drug crusaders and the companies themselves are split on the issue.

FedEx could face $1.6 billion in penalties after its July 17 indictment on charges that it conspired with illegal online pharmacies to deliver prescription drugs to customers it knew lacked valid prescriptions.

The federal investigation of the two package delivery giants stems from a blitz against online pharmacies that was launched in 2005. Since then, dozens of arrests have been made, thousands of websites shuttered and tens of millions of dollars and pills seized worldwide as investigators broadened the probe beyond the operators.

Google Inc in 2011 agreed to pay $500 million to settle allegations by the US Department of Justice that it profited from ads purchased by online pharmacies that the search giant knew was improperly selling prescription drugs.

Many online pharmacies fill orders without following proper prescription protocols, often requiring a customer to simply fill out an online form that is reviewed remotely by a physician.

“The advent of Internet pharmacies allowed the cheap and easy distribution of massive amounts of illegal prescription drugs to every corner of the United States, while allowing perpetrators to conceal their identities through the anonymity the Internet provides,” said San Francisco-based U.S. Attorney Melinda Haag

Companies up and down the online pill supply chain have been grappling with defining their duty to uncover and report questionable Internet pharmacies.

“We are a transportation company—we are not law enforcement,” said FedEx spokesman Patrick Fitzgerald. He said FedEx has often worked with investigators to thwart illegal drug activity during the company’s 43-year history.

Fitzgerald said that to comply with Drug Enforcement Agency demands to determine and then disclose to the agency customers who are illegally shipping prescription drugs would require the company to violate the privacy of its customers.

The Memphis, Tennessee, company is echoed by Wall Street analysts and some legal experts who argue that FedEx, which handles 10 million packages daily, is not equipped or responsible for playing a leading role in investigating online pharmacies.

The company was indicted in San Francisco federal court on 15 felony counts of conspiring with two illicit online pharmacies.

“This is an unprecedented action by the DEA,” said Larry Cote, a former DEA lawyer now in private practice. “This will definitely have a chilling effect on the industry as a whole. And it’s a very slippery slope the DEA is going down. Do they go after utilities and banks next?”’

At the opposite end of the spectrum is FedEx rival UPS. To avoid similar criminal charges, the Atlanta-based company agreed last year to pay $40 million and change its policies and procedures, including appointing a compliance officer to monitor online pharmacies.

The officer’s job is to report suspicious activity to senior executives and federal investigators. UPS was also required to hire an outside auditor to oversee the compliance officer and both appointments were approved by the DOJ, UPS spokeswoman Susan Rosenberg.

“The issue of illegal online pharmacies is not about privacy but a matter of supply chain integrity and the creation of processes to ensure that illegal activity is not facilitated,” Rosenberg said. She said the agreement with the government doesn’t require UPS to search packages.

Rosenberg declined to specify how UPS is checking out online pharmacies, but the company’s agreement with the DOJ said screening can be as simple as an online search of the pharmacy’s website.

Mitchell Epner, a former federal prosecutor now in private practice, said FedEx and its competitors have an obligation to not ship things that they know are contraband.

In the FedEx indictment, prosecutors cite several instances in which they allege the company was warned that it was engaged with suspect pharmacies.

The Center for Safe Internet Pharmacies, launched in 2010, includes Google, Facebook, UPS and other companies that share data about suspect pharmacies and puzzle over solutions for dropping illicit shipments.

“The shipping question is a very hard one to answer,” said centre chief Marjorie Clifton. “They can’t open every package.”