Facility near junction of Highways 401 and 416 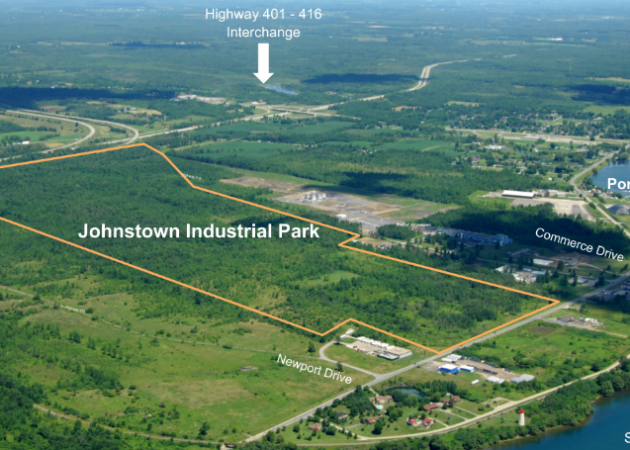 The new DC will occupy a location at the Johnstown Industrial Park, near in the junction of highways 401 and 416, close to Brockville, Ontario.

OTTAWA, ONTARIO—Giant Tiger Stores Limited has broken ground for its new distribution centre. Located in the Township of Edwardsburgh/Cardinal, the new facility will occupy approximately 600,000 square feet of warehouse and ancillary office space. The multi-million dollar investment is part of the retail company’s continuing expansion strategy throughout Canada.

“The Johnstown Industrial Park was chosen due to its proximity to our store base, access to 400 series highways and its ability to support future growth opportunities due to the size of the property – all key features as we look to continue our growth momentum. It was also attractive in terms of proximity for our existing workforce and the pleasant lifestyle available to those wishing to relocate to the area.”

“The Johnstown Industrial Park is one of Ontario’s first Certified Site Program industrial parks and we are thrilled to have one of the largest development projects that Leeds and Grenville has seen in years,” said Township Mayor Patrick Sayeau. “This major project is evidence of how development ready Edwardsburgh/Cardinal truly is and we are happy to welcome Giant Tiger to the Township.”

Giant Tiger’s current Ottawa based distribution centres employ approximately 300 full and part time positions. With the expansion, the new location will require additional employees which will be added over time.

The new Giant Tiger distribution centre is scheduled to be operational by summer 2018.

Giant Tiger is a Canadian-owned family discount store. It was established in 1961 in Ottawa’s ByWard Market, and has over 200 locations across Canada and employs over 7,000.