Vancouver seen as alternate if US ports strike 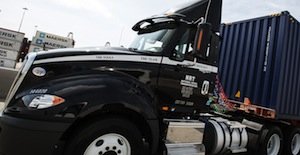 NORTH BERGEN, New Jersey—A new study shows just over half of companies say they are prepared in the event of a US West Coast ports strike.

National Retail System (NRS) a North American 3PL, released the results of its survey on how a West Coast ports strike could impact logistics in the USA. With a strike looming as the holiday season gets nearer, the NRS’ survey found only 52 percent of the companies who responded are prepared.

The logistics professionals surveyed came from a variety of different sectors including 36 percent in manufacturing and 18 percent in retail, as well as 23 percent working for other 3PL logistics providers across the USA. The anticipated strike has seen a variety of contingency plans being put in place. The most popular of those is to use alternative ports.

The biggest winners of the alternative ports are the New England ports New York / New Jersey and Boston with 39 percent of businesses choosing to route trade through these. The up and coming port of Savannah, Georgia is the next most popular option with 26 percent, and Port Metro Vancouver is seen as the third best option for a further 23 percent of companies. While all of these ports are likely to see a short-lived boom if the strikes take place what will be interesting is how much trade will not return after a strike ends and still be routed through these destinations. Will businesses want to mitigate future risk and leave a proportion of their imports coming through alternatives?

The companies surveyed are big importers of goods into the US. 59 percent of the respondents said that their companies imported more than 90 percent of their total inventory and 65 percent had at least 75 percent of their total imports currently routed through the West Coast posts. With this heavy reliance on imported goods the importance of both a low risk and flexible logistics set up is vital and these businesses cannot simply look at headline shipping costs. Should the strike go ahead, it will, without doubt, be costly for US businesses and their 3PL partners.

Although about 20 percent of those surveyed didn’t know, or didn’t want to disclose their potential losses in the case of a strike, the information from the remainder was quite stark. A week-long strike will not be too painful for most with 70 percent (of those that expressed a value) having losses of less than $250k, although five percent of the businesses will lose over $1 million with only a week long strike. The picture if the strike extends for a month is much more serious with losses over $500k and above being suffered by 50 percent of those who provided an estimate figure.

Therefore the seriousness of the potential West Coast port strike should not be underestimated, especially if it extends for any significant period of time. With individual companies suffering large losses through mitigation actions from air-freight to holding increased inventory. The logistics industry will have it own headaches with the re-routing of vast amounts of shipping to East Coast ports and Savannah in Georgia, as well as through Vancouver.

Container drayage will be put under strain as normal logistics patterns will be changed enormously to cope. If the strike does go ahead and businesses suffer the scale of losses that are possible, will the West Coast ports ultimately then lose out in the long-run as companies choose to mitigate risk by shipping more freight via alternative ports as standard?