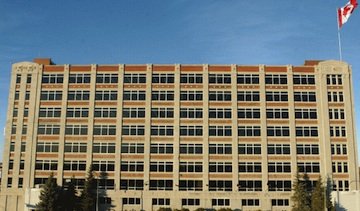 TORONTO, Ontario—Vincent Power, wants to make one thing perfectly clear: Sears Canada is not in the process of restructuring its business.

Power is divisional vice-president of corporate affairs and communications with the Toronto, Ontario-based retailer. And despite recent news that the company is closing five stores and shutting a Regina, Saskatchewan-based distribution centre that handles small goods (including apparel and home decor items, and Internet and catalogue orders), people have the wrong idea about what’s going on at Sears.

“I want to say this. It’s not about restructuring. We’re not vacating the stores early to restructure. People have been using the ‘restructuring’ term. I don’t know where that comes from.

“We know we have things to fix in our business, but we are not doing it by closing stores. I can tell you there is no strategy to close stores.”

He said the offer from a commercial landlord to buy back the leases on five departments stores, including the store located in the Toronto Eaton Centre, for a cash offer was an offer the publicly-traded company had to seriously consider.

“I know the media refer to it as a flagship store, but for us, it was one of 118 stores. When you get out of the city of Toronto, the importance of the Toronto Eaton Centre starts to wane,” he said.

“My point is with those five stores, giving the leases back early—and by the way those stores were making money—but $400 million for those five stores is not something we would have been able to see for many years to come.”

According to Power Sears will continue to have a major presence in the Canadian retail landscape.

What will change, at least in Western Canada, will be the way those stores will be supplied.

As reported earlier, Sears Canada has plans to close one of its Regina DCs, and Power said the only reason that action is being undertaken is to improve network efficiency. He added that the DC’s configuration and location make it unsuitable for future improvements.

“Sears Canada came into being in 1953. It’s our 60th anniversary this year. When we started the company, it was called Simpson-Sears. That was an amalgamation between the Robert Simpson Company of Canada, which ran a catalogue and department stores, and Sears in the States. That building in Regina on Broad Street, we inherited from Simpsons. We took over their catalogue business. That was part of the arrangement. So that’s how old the building is. I’ve got to say it’s at least 70 years old, but if somebody told me it was 100 years old…let’s say it has been there quite a while.”

More than the age though, Power said the layout of the building doesn’t lend itself to modern distribution centre operations.

“It’s a vertical operation. Because it’s eight floors, merchandise is literally moving up and down, not just across. That causes its own delays, number one, and number two, some damages. I’m not saying things that leave there for the customer are damaged, but the fact that a piece of merchandise on its way to the customer can go down eight stories to get loaded, causes some potential for damage that wouldn’t be there in a flat building.”

Even with the challenge of working in a multi-floor environment, Sears could manage its catalogue operations sufficiently well to keep the facility, which is located on Broad Street, going as a DC. But as the company has expanded its e-commerce business, its limitations have started to be more strongly felt.

“Now e-commerce is becoming a bigger piece of everybody’s business, and the expectations from customers is to have things a lot faster than, for example five days. Five days used to be quick. ‘Great, I’ll have it by the end of the week.’ Now it’s, ‘Oh it’s Wednesday, I expect it by tomorrow.’ So we have to think about that efficiency with our customers. That led us to review the Western Canada distribution over the last couple of years.”

Power said that given the population distribution in the West, it makes sense to place the DC in Calgary, to better serve the bigger British Columbia and Alberta markets.

“When you’re shipping merchandise to British Columbia over the mountains to the lower mainland, you have a day delay if you’re in Regina versus Calgary. So we were looking for whatever we could do to be more expedient. What we saw as the solution was to get a building in Calgary we could outfit with modern, up-to-date equipment. And then process orders from there.”

Unlike its current Regina, DC, Sears won’t be running the operation itself. The company plans to partner with a 3PL, although the building’s lease and the equipment will be in Sears Canada’s name. Power expects staffing levels at the new warehouse to be about 100 people

As for the 276 people currently employed at the Broad Street DC, they will lose their jobs.

“Officially they are terminations,” said Power, adding that if any jobs come open at the company’s other Regina facility—the Parkway Distribution Centre (which is located on Park Street and handles larger items)—or any of the company’s retail stores, the Broad Street employees would be considered for the jobs. For those who don’t find work in Sears, the retailer will be providing resume writing and job interview workshops.

At this point, Power said decisions about the exactly location and materials handling equipment haven’t been finalized, but the company does have a timetable in mind. The Regina closure and the Calgary opening should happen by late spring 2014.

While again emphasizing that Sears is just looking for efficiencies and business improvements—and not restructuring its business—Power said the company is taking a look at its direct-to-customer operations.

Part of that move, however, involves a change in customer expectations. Rather than picking up orders at a Sears store or catalogue outlet, customers have begun expect more convenient deliveries.

“When we surveyed customers last year, they said getting delivery of parcels to home is one of the biggest factors when they decide who they’re going to order from. It’s big for us. We are looking at how we can improve the process of getting it to the home. Customers do save a bit of money picking up a parcel at a Sears Canada agent, because we’ve got 1,400 across the country, so they say, “I’ll make the drive.” But for more people, delivery to home is becoming more important. One thing we are looking at in our logistics world is how do we improve on that?”

In an attempt to answer that question, Sears is running a pilot project in Prince Edward Island. In September, the company temporarily closed six of the province’s eight agents, leaving only the most westerly and easterly ones open. (The shuttered agents are being compensated based on average income.) Until February, Sears is delivering orders directly to people’s homes.

Power said the results of the pilot will help the company develop its future logistics and direct-to-customer plans.

“We feel like we have to move to faster delivery. Somebody should be able to order from Sears (weekends aside)—from the Wish Book or the online gift catalogue—on the 21st of December and have it in time for Christmas without any worries.”