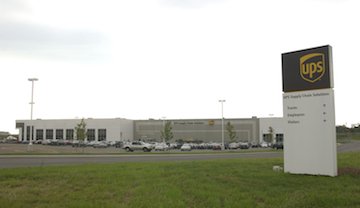 BURLINGTON, Ontario—In an move designed to improve the efficiency of its healthcare distribution network, UPS has significantly upped its storage footprint.

Now that construction projects across North America have been completed, the company announced it has added a total of 74,322sqm (800,000sqf) of extra distribution space. Before the expansion, UPS had 557,418sqm (6,000,000sqf) of  temperature and humidity controlled environments devoted to storing and distributing pharmaceutical products and medical devices.

UPS focused its expansion efforts on five separate DCs. Four are located in the US (in Kentucky, Georgia, Nevada and California). The fifth is in southern Ontario.

The Burlington, Ontario facility is one of 11 UPS has in the country. After renovations, which included the addition of more than 18,580sqm (200,000sqf), the facility now offers nearly 55,742sqm (600,000sqf) of healthcare distribution space.

According to the company, the demand for additional healthcare storage is being driven by a number of industry trends including increasing globalization, complex regulatory oversight, heightened focus on outcomes and a growing need for specialized healthcare services, such as temperature-sensitive solutions.

Along with the expansion of its North American network, Atlanta, Georgia-based UPS also added capacity to its healthcare distribution network in the Asia-Pacific region. In October 2012, the company opened three new facilities in Hangzhou, China, Shanghai, China and Sydney, Australia.