For most DC operations managers, robots are new technology that they usually haven’t had much exposure to. That lack of familiarity can make it harder to sell the advantages of robotics, a barrier that Waterloo, Ontario-based OTTO Motors is seeking to overcome with a ‘try before you buy’ program. 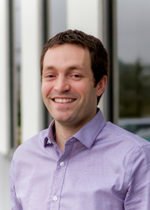 “Customers would come and see the technology at our site, or they would see it at other customers’ sites and invariably the conversation would go ‘wow, but we have a grate. I’m not sure it will work there,’ or ‘I’m not sure how my team would react,’” explained Simon Drexler, OTTO’s director of product, in an interview.

The OTTO team decided they needed a painless way to demonstrate to prospective buyers just how simple it is to get OTTO working in their own environment. Beginning in January 2017, they started the first test drive program and have now completed about 50 of the demos across Canada and the US.

Operations managers who are considering automation generally have two concerns, Drexler said. First are those who feel their facility is not suitable, whether because it’s too busy with forktrucks and people, or because it changes frequently. Second are the ones who think it will be complex to set up.

“What’s so effective about the test drive is that we can bring in a system that requires no IT integration; it is a standalone, out-of-box experience,” Drexler said. “The test drive is very simple; you sign up for a nominal fee. We can show up at nine o’clock in the morning and we can have an OTTO unit running around your facility by 10. You can get it working in the time it takes you to walk around the building.” 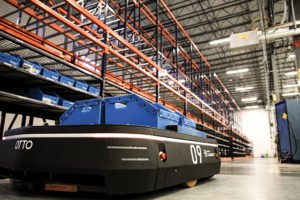 The OTTO 1500 is one of two models available for the Test Drive program.

And, he noted, it’s an ideal way to introduce the system and how it works to the important stakeholders in your organization, right on your own facility floor. “They can show everybody from the operators all the way up to the CEO because it’s a whole lot easier just to walk down to the floor and see it,” rather than gathering everybody at a remote site for a demo.

Drexler noted that operating OTTO is extremely simple, using “consumer-grade” app technology. Essentially you drive it around your building like a remote-control car, tapping on the screen to drop delivery points.

“Once you’ve done that you create an interface for yourself with the click of one button and you can then send the vehicle between the different way points you defined during the walk around,” he explained.

The five-day program begins with this setup and familiarization process, and from the first afternoon through day two the idea is to push the system to its limits, integrating it into the processes in your facility that you want to automate.

Days three to five are about gathering data, Drexler said. Users are “acquiring key performance indicators on how the vehicle is performing in their environment and the processes they integrated into it on day two.”

The data captured with the one test vehicle in enough to validate the assumptions made in the ROI calculator OTTO Motors uses to help customers build out the business case for the installation of the robots.