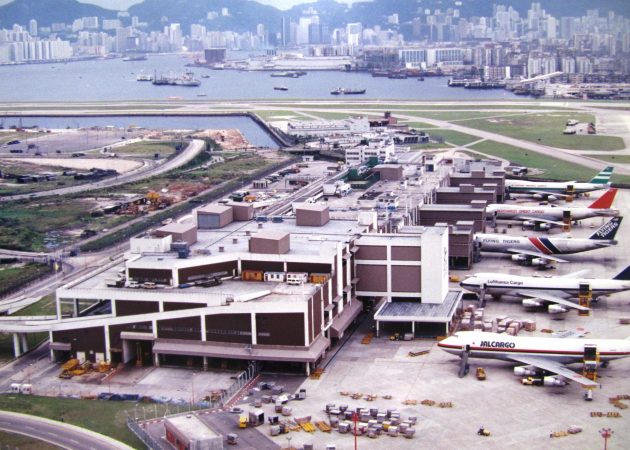 Hactl was one of the first “independent” handlers in the world: leading a new trend for airlines to move from self-handling, or being handled by other airlines, to using commercially-neutral specialist handling companies.

Hactl’s first cargo terminal was officially opened in May 1976, when Hong Kong’s airport was at its original Kai Tak location. As space in the central city location was severely restricted, and cargo traffic was expected to grow dramatically, the Hong Kong Government was keen to foster the optimum use of precious available space, and the highest standards in cargo handling.

It recognized that these goals would only be achieved through a major investment in a single, highly-efficient facility. The result was Hactl.

Hactl’s performance exceeded all expectations from the very beginning. Within 6 months of opening, it was handling 40 airlines, 15 freighters, 148 total flight movements, 962 road vehicles and 753 tonnes of cargo daily. This already placed it in the top 10 cargo terminals globally.

Hactl expanded its Kai Tak facilities with the opening of a second terminal, in 1991; this was the world’s first multi-storey cargo handling facility, designed to accommodate continuing cargo growth within a constrained footprint. By 1997, Hactl was handling 1.7 million tonnes of air cargo annually.

Then, with the move to the new Chek Lap Kok Airport in 1998, Hactl invested US$1 billion in its state-of-the-art SuperTerminal 1 facility, designed by leading architect Sir Norman Foster. SuperTerminal 1 boasted highly-mechanized and automated handling systems on a scale never seen before: with 3,500 storage positions for loaded ULDs, and a loose cargo handling system providing 10,000 storage positions.

The terminal also provided unrivalled facilities for its 2,400 staff, including a sports hall, staff common rooms, canteen and clinic. Today, SuperTerminal 1 remains the largest and most sophisticated single handling facility in the world.

Says Hactl’s Chief Executive, Mark Whitehead: “The 40-year history of Hactl is one of constant innovation, ground-breaking initiatives, major investment and world records. The vision of Hactl’s founders, to create a handling agent that would set new standards for the industry, has been fully realized. That vision is still alive today in the continuing dedication and enthusiasm of our staff and management.

“It is an honour to lead this unique and remarkable company, and particularly so at this significant moment in its history. I pay tribute to the hard work and loyalty of every employee past and present, and to the imagination and drive that have kept Hactl ahead in the industry. Without these, Hactl could not have retained the pre-eminent position of respect which it holds today.”