Investigation to determine if DND shipping containers are seaworthy 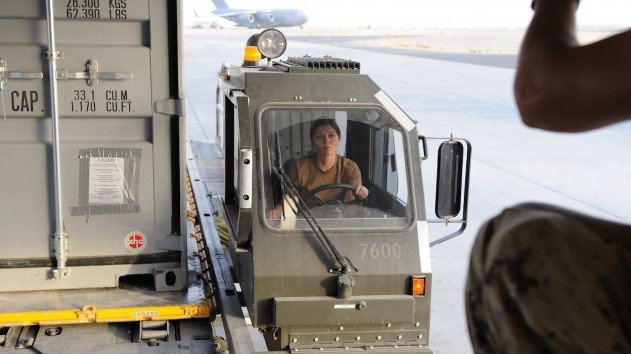 OTTAWA , Ontario—A team of 15 Canadian soldiers has been dispatched to Kandahar on a month-long assignment to assess whether dozens of military containers are still seaworthy enough to be brought home.

National Defence says the material is considered low priority and that all high-value and sensitive equipment has been returned to Canada.

A spokeswoman for the country’s operational command, Captain Jennifer Stadnyk, said certification of as many as 150 of the containers has expired and the technical assistance team will have to access whether they can still meet the standards set out by international shipping companies.

Defence sources said if the containers don’t pass, the military will have to find a way to dispose of the materiel.

The seemingly endless delay in repatriation of the containers, which were supposed to travel overland, was brought on by the extended closure of the Afghan border with Pakistan.

It has turned into a long, costly logistics nightmare for the military, which had intended to have everything home to fully re-equip and refurbish the army.

The equipment includes tires, spare parts, tents and other gear, and officials say their absence does not directly impede the army’s regeneration.

Last fall documents obtained by The Canadian Press under access-to-information legislation showed the Canadian government has faced increased withdrawal costs because the containers still have to be stored and guarded.

Pakistan cut off NATO’s supply lines through its country in November 2011 after a US air raid mistakenly killed 24 Pakistani soldiers, and the border remained shut until July 2012.

In winding up Canada’s five-year involvement in Kandahar, the military funneled its gear into two streams.

When the Pakistan border shut, only 186 of the estimated 632 containers destined for overland transport had made it back to Canada. Of those, a significant number were pilfered from.

The documents show an average loss rate among the containers of 27 percent. Thieves who pried open the metal containers stole the contents, replaced them with sandbags and weights, and resealed the containers.