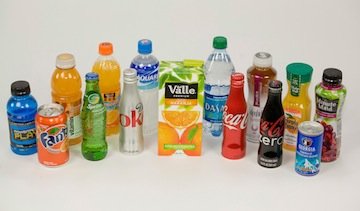 Picketers will have their actions limited at facilities producing or handling Coca-Cola products (Photo: Coca-Cola)

TORONTO, Ontario—The Ontario Superior Court has set guidelines for how and where striking Coca-Cola Refreshments Canada Co employees can picket.

The ruling comes after Coca-Cola applied for an injunction against the Canadian Auto Workers (CAW) Local 973 which represents approximately 700 employees at Coke’s Brampton, Ontario production facility and distribution centre.

The court order, written by Justice P A Daley, notes the beverage producer asked for those engaging in the strike activities “to cease and desist from blockading, obstructing or impeding access or egress of any person or vehicle” from any of Coke’s premises. The premises listed in the order are Coca-Cola’s Ontario plants in Brampton, Weston, Peterborough, its Toronto corporate office, and its warehouses in Barrie, Kingston, London, Hamilton, Chatham, Owen Sound, Sault Ste Marie, Ottawa and Sudbury.

But according to the union, the request for the injunction was framed in stronger terms.

“Coca-Cola complained that it was suffering catastrophic economic loss, but there was no evidence that the picketers had done anything except cause that economic loss through their picketing efforts,” said Angelo DiCaro, CAW national representative, communications.

“There has been no violence of any kind and the judge commended the union for the way that it had aided in coming to a resolution on all of the injunction issues except for three, primarily involving the time that vehicles carrying Coca-Cola products could be detained so that picketers could communicate with the drivers of those vehicles about the issues in this labour dispute.”

In an interview with MM&D Erika Mozes, director of public affairs and communications for Coca-Cola, said that operations were affected differently at the various facilities.

She added that Coke did feel the effects of the pickets.

“We did witness some limited ability to service some of our customers. That was our biggest concern when we moved forward with the court order—it was to ensure we could continue to operate our business in a manner that ensures our customers are getting the best service they possibly can.”

Mozes says the company was able to keep operating thanks to thorough planning.

“We’ve been preparing for this for quite a while, so we have contingency workers.”

According to the terms outlined in the ruling, the union will be able to continue to picket, but it will have limits placed on how and when the activities can take place. Those limits include:

“My understanding is our members have left the Kingston distribution centre,” said CAW Local 973 plant chairperson Ryan Parson. “But they’re still present at all other facilities, following the injunction and sharing information about what is really going on here.

Pickets are also in place at Coke’s 3PL partner, Dominion Warehousing, and the court order addressed the situation at Dominion’s facilities. It designated which gates Coca-Cola trucks are permitted to enter and exit, and stipulated:

Parson said the union already had an agreement in place with Dominion, promising its members wouldn’t impede entrances and exits by the warehouse’s non-Coke customers, and that Dominion would limit Coke-related deliveries and shipments to specified gates.

“There are still picketers there. My understanding is the injunction includes Dominion, but as far as I understand, they are filing a separate injunction using their own law firm, however, we said there is no need for everybody to spend all this time and resources. Whatever happens with Coke will apply there.”

After receiving the ruling, Coca-Cola issued a statement about the results.

“We applaud the court ’s decision today ending the illegal activities against our facilities in Ontario. We respect the union’s right to strike, but they must respect our right to continue to operate our facilities and serve our customers even during a strike….We expect all our facilities across Ontario to return to near normal operations beginning tomorrow as we remain focused on our priority of delivering high-quality service to our customers with limited disruptions.”

Not only do the company and the union disagree about the nature of the strike—the company says the union is engaged in illegal activities while the union denies that allegation—or who is at fault (each side blames the other for walking away from the bargaining table), the two parties seem at odds about the cause of the strike.

From Coke’s perspective, money is an issue.

“[W]e simply could not agree to the demands the union was making, including significant wage, pension and benefit increases that would be well above market and significant new restrictions on our ability to manage our operations.”

In an exclusive interview with MM&D at the start of the strike Parson said the union’s grievance was about safety and working conditions and not wages, salaries, benefits or pensions.