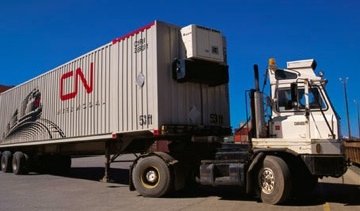 MONTREAL: CN has reached tentative contract agreements with the Canadian Auto Workers (CAW) union, less than 24 hours ahead of the union’s strike deadline.

The CAW has dropped plans for a strike that would have seen 3,975 workers hit the picket lines at 12:01 a.m. on January 24. Workers had voted between 82 and 100 percent in favour of a strike, if necessary.

The CAW represents workers in four bargaining units at CN and its subsidiary CNTL: mechanical, clerical/intermodal, excavator operators and owner-operator truck drivers. The three collective agreements with CN expired at the end of 2010.

Details of those agreements are being withheld pending ratification, which the CAW expects to complete before the end of February.

CP still faces a potential strike by another union. CP Local 101 represents 2,100 mechanical service workers who inspect and repair railcars and locomotives. They voted 89 percent in favour of a strike, if necessary, with a deadline of February 8 at 12:01 a.m.