Incident reduction targets may be counterproductive 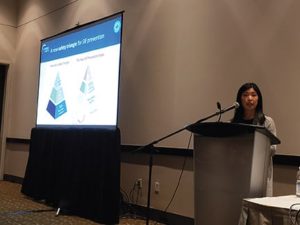 Early research into how serious injury and fatality incidents and near misses are reported at workplaces is shedding light on the concept that incident reduction targets could be counterproductive to their own goal.

“What I found interesting from interviews with [Campbell Institute member] organizations is that they have deliberately not set targets for those metrics,” Inouye said. She presented these and other findings during a session titled Serious Injury and Fatality Prevention: Perspectives and Practices. “They don’t want to provoke reluctance to report on their actuals or near-misses. They want to encourage that reporting.

“It’s still yet to be teased out, but that is a good sign.”

Inouye said the Campbell Institute’s most recent study on serious injury and fatality prevention, which investigated the practices of six of its member companies operating in a wide variety of industries, showed that the last 20 years have seen enormous gains made in reportable injuries in the United States, going from 8.5 incidents per 20,000 working hours to less than three by 2016. (Canadian statistics were not available.)

However, the same study demonstrated that the decline in the number of life-altering and fatal incidents has been slower over that same period and even showed a slight uptick over the last three years.

Three key precursor aspects were highlighted as root causes: a high-risk situation, management controls that are ineffective or not complied with, and an environment that allows those breaches in control to continue.

“Humans are error-prone,” Inouye said. “However, we can’t make the workplace safer and get to zero by simply fixing the workers. Instead, we have to look at the broader picture like the design of work. Can the workplace be designed in such a way as to eliminate error?

“Corrective action should be developed according to a hierarchy of controls and have safety depend less on employee behaviour and more on the safety management system.”