by Inside Logistics Online Staff January 31, 2022

Melissa Pryszlak has been appointed vice-president supply chain and logistics at Hudson’s Bay. Pryszlak leaves her position as director, logistics and engineering at Metro Inc, which she held since March 2017. Before that she was with Walmart Canada and UPS Supply Chain Solutions in industrial engineering roles. Pryszlak earned an executive MBA from the Ivey Business School at Western University and a bachelor’s degree in engineering from Ryerson University. She hold the professional engineer designation (P.Eng.) and is a project management professional (PMP).

Seema Phull has joined KORE Power as chief operations officer. Previously, she was the founder and CEO of ForeOptics, a management consultancy, and VP of supply chain strategy and integration at Honeywell Aerospace. Phull serves on the boards of several early-stage technology companies and mentors woman- and minority-owned businesses. She earned a Master’s degree from Johns Hopkins University. 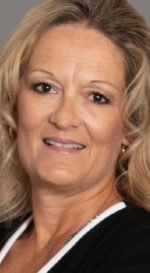 Hapag-Lloyd AG has appointed Donya-Florence Amer to the executive board. On February 1, 2022, she joins the company as chief information officer (CIO). Amer started her professional career in 1999 at IBM, where she held various management positions. She has been at Bosch since 2017, initially as executive vice-president and as a member of the CIO management board. Since 2020, she has been the CEO of Bosch Climate Solutions, of which she was a co-founder. Amer will be the first woman to serve on the company’s executive board in its 175-year history. She will be the fifth member of the board, serving in the newly created CIO position.