August 20, 2018
by Inside Logistics Online Staff

August 20, 2018
by Inside Logistics Online Staff 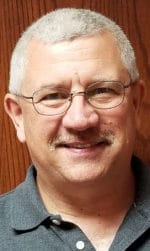 Steve Wilson joins Swift Industrial Power as controller. Wilson brings more than 27 years of experience in the financial industry to his new role, where he will oversee and guide the company’s financial operations by establishing, monitoring, and enforcing policies and procedures. A native of Knoxville, Wilson received his bachelor’s degree in finance and accounting from the University of Tennessee.

Ellwood Hunt has been named chief operating officer of Paxxal Inc. Hunt reports to Ben Stoller, CEO and executive managing member, and has global responsibility for manufacturing, logistics and operations. Hunt brings more than three decades of operational expertise to the role, most recently serving as senior vice-president of manufacturing and product development for IGPS Logistics. In addition to IGPS, he spent five years as vice-president, sales/operations of Teph Seal Auto Appearance, served as vice-president of operations and logistics and customer service for seven years with CHEP, and 23 years at PepsiCo, where he was regional/market unit general manager and held other operational positions.

Builtrite Holdings, LLC announced the appointment of Adam Lindley as president of its subsidiary, SAS Forks, located in Luxemburg, Wisconsin. Lindley previously served for 14 years as manager, sales and marketing at SAS Forks, and is the first non-family member to lead the company since it was formed in 1972. He replaces Paul Secker, son of the founder of SAS Forks, who will remain with the company and assume the new role of senior advisor.