Appointments, promotions, moves and changes in the supply Chain sector

Doug Brittin, Secretary General of TIACA since 2013, has advised the Board of Directors that he will retire at the end of this year. A selection committee, under the direction of Sebastiaan Scholte of Jan de Rijk Logistics has been established and has commenced the process to review and recruit candidates. Brittin will stay with TIACA in an advisory capacity once the new Secretary General has been appointed to ensure a smooth transition and to continue to support the TIACA Board. TIACA Chairman Sanjiv Edward expressed his appreciation for the fine work Doug has accomplished, and voiced his pleasure that he would be staying on in an advisory role to support the new Secretary General. 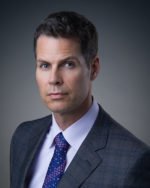 Effective September 10, Paul Pathy will assume responsibility as the sole CEO of Fednav Limited and of Fednav International Ltd (FIL). Since 2010, Paul and Mark Pathy have successfully led Fednav Limited as co-CEOs, and Mark as President and CEO of Fednav International Ltd. (FIL) since 2008. However, as shareholders, Paul and Mark have concluded that it would be best for Fednav to operate under one leader. Paul Pathy joined Fednav in 2003 as Vice-President and General Manager of Federal Marine Terminals, moving to Senior Vice-President of the Business Development Group in 2007. Since 2010 he has been responsible for various company departments including the Shipowning, Arctic Operations, and Projects group, as well as Finance, Investment, and Risk Management.

I.D. Systems has appointed industry veteran Chris Wolfe to the new position of chief product officer. Wolfe brings more than 20 years of experience in building, implementing, and selling paradigm-changing technology solutions. Wolfe began his career at several leading transportation companies, including Roadway Express and Leaseway Transportation. He then served in various leadership, management, and product implementation roles at Qualcomm, a world leader in 3G, 4G and next-generation wireless technologies. In his most recent role at Qualcomm, Wolfe served as president of the Wireless Business Solutions division, where he oversaw and helped successfully launch the company’s TrailerTRACS product, Qualcomm’s first major wireless product launch since the roll-out of its flagship product, OmniTRACS.
Print this page