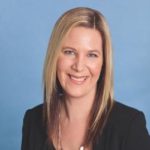 Sears Canada Inc made updates to its organizational structure as part of a re-structuring process. Becky Penrice, appointed executive vice-president and COO in April 2016, oversees all aspects of the business strategy. She now has primary responsibility for the Sears 2.0 reinvention stores and is working with her head office colleagues, the store teams and other stakeholders to lead the successful execution of this transformation. Stephen Champion has been named executive vice-president, real estate and strategic opportunities. 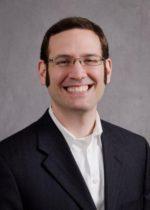 Seegrid added Pete Chryplewicz to its strategic account sales team. He will be heading up the important Detroit, Michigan robotics leadership initiative. Chryplewicz, a native to Detroit, Michigan, brings over 15 years of demonstrated success in automotive and manufacturing sales to his new position. Chryplewicz’s past employment experience includes Irvin Automotive, Plastech Engineering, Inc., Air Center, Inc., and CCK Construction Services (part of Colasanti Companies). He was drafted in 1997 by the Detroit Lions (5th round) and played several years with the Lions before retiring from football and starting his career in manufacturing sales.

Providen Pharmacy Logistics, a developer of pharmacy technology and workflow solutions, hired David Mullins as chief innovation officer. He will play a leading role in the management and integration of Providen’s technology solutions. Mullins has an extensive background in both health information technology and pharmacy workflow.