January 14, 2019
by Inside Logistics Online Staff

January 14, 2019
by Inside Logistics Online Staff 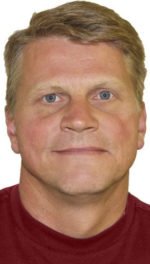 Richard Kooistra has begun working for Twinlode Automation as vice-president of automation. With almost 30 years of experience within the material handling industry, Kooistra’s most recent position was at Swisslog where he was in charge of both domestic and international sales, and managed aspects of product development and innovation. His extensive experience in the material handling industry includes managing projects that include rack, Power Store Automation, ASRS, push-back and flow-through storage systems. 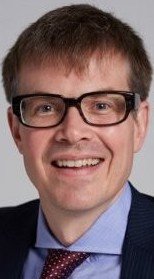 Hugues Simard, Indigo Books & Music Inc.’s CFO is leaving the company, and Craig Loudon, Indigo’s executive vice-president and chief supply chain officer is his successor, effective February 5, 2019. Simard will continue to serve in his role through January and early February to facilitate a smooth transition of responsibilities. Loudon has held progressively senior finance and supply chain roles since joining Indigo in August 2014.  He has a deep knowledge of all aspects of the business and has made increasingly significant contributions to the company. Loudon holds an MBA from INSEAD.

John Paxton has been appointed chief operating officer/CEO designate at MHI. Paxton brings over 30 years of experience to MHI, including over 20 years of executive leadership at Demag Cranes and components. He holds a BS in Mechanical Engineering and an MBA in International Business from Kent State University. Over the years, Paxton has been recognized for his volunteer leadership of at MHI including serving as president of the Crane Manufacturers Association (CMAA), president of the Hoist Manufacturers Institute (HMI) and most recently as the chairman of the Board of MHI. Paxton will report to MHI CEO, George Prest. His duties will include managing MHI’s Industry Group activities. 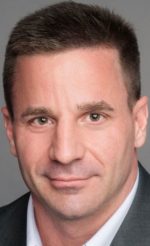 Carl Smiley is appointed to the new role of chief purchasing and supply chain officer at Fiat Chrysler Automobiles N.V. (FCA). Smiley is also named to the company’s Group Executive Council (GEC), the highest operational body within FCA. Smiley joins FCA with significant automotive experience, previously serving as senior vice-president and general manager Asia Pacific for TE Connectivity since 2012. Before that, he held various global leadership roles at Magna Steyr, including vice-president operations and purchasing Asia, Magna Powertrain. Most recently, he was president and board member, Magna Steyr Asia.
Before joining Magna Steyr, Smiley held positions of increasing responsibility in engineering, supplier quality and purchasing at General Motors in the United States, Mexico and China. Scott Thiele‘s responsibilities will be expanded as he assumes the role as head of supply chain North America in addition to his current position as head of purchasing North America.