January 29, 2018
by Inside Logistics Online Staff

January 29, 2018
by Inside Logistics Online Staff 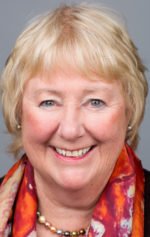 Judy Rogers has been appointed to the board of directors of the Vancouver Fraser Port Authority for a term of three years commencing December 14, 2017. Rogers is a senior advisor to private, public and Crown corporations, providing expertise in government affairs and communication. She held the role of city manager of the City of Vancouver from 1999 to 2008 and is chair of the BC Assessment Authority. Rogers has served on professional and non-profit boards of directors and is the recipient of numerous awards and honours. 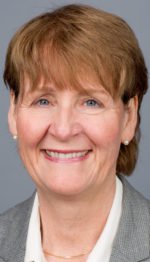 Joanne McLeod has joined the board of directors of the Vancouver Fraser Port Authority for three-year term that started December 20, 2017. McLeod has extensive banking, finance and capital project experience, and has served on professional and non-profit boards of directors. She is a former energy executive with Westcoast Energy Inc. and was vice-president and treasurer when Westcoast Energy was acquired by Duke Energy. Previously McLeod worked in corporate banking for CIBC in the energy, regulated businesses and government sectors.

The technology leader at one of the largest flatbed carriers in the United States will play a key role in the development of industry standards for the Blockchain in Transport Alliance (BiTA). Mauricio Paredes, vice-president of technology at P&S Transportation, was appointed to the inaugural Board of Directors of the Blockchain in Transport Standards Council (BiTAS). Paredes is one of 10 board members. BiTA is the logistics industry’s first advocacy organization devoted to the development of blockchain standards. The formation of BiTA is a strategic move to advance the transportation industry through smart technologies and standardized operating procedures. The non-profit organization now consists of more than 130 other active members, including UPS, FedEx, C.H. Robinson, TransFlo, Schneider, SAP and Penske. The newly appointed Standards Council marks another major benchmark for the rapidly expanding association. The inaugural BiTAS board meeting took place in December 2017, and the official launch of the BiTA Standards Council is targeted for May 2018.