Appointments, promotions, moves and changes in the supply chain sector this week.

July 2, 2018
by Inside Logistics Online Staff

July 2, 2018
by Inside Logistics Online Staff 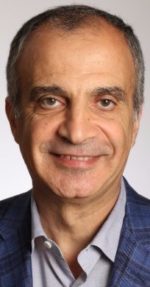 Hasan Dandashly is the new president and CEO of Dematic, succeeding John Baysore, who has decided to retire from his active role to serve the company as an advisor. Dandashly joins Dematic from General Electric, where he was president and CEO, Oil & Gas Surface, since 2017, after having served as president and CEO, Downstream, since 2014. Previously, he held various international executive roles at GE’s Industrial, Transportation, and Power Generation businesses, beginning in 1998. These included general management positions at GE’s subsidiaries in Italy, UAE, Qatar, and the U.S. Before joining GE, Dandashly led engineering teams at Honeywell Industrial Automation and Honeywell Avionics. He holds a BSc in Computer Science from the Lebanese American University and a master’s degree from the University of Minnesota. 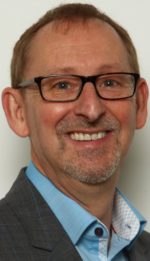 William McKinnon has been appointed president of Canadian Alliance Terminals Inc. based in Richmond, British Columba. McKinnon’s record of leadership spans, supply chain innovation, security and risk mitigation and the development of direct sales software delivery systems. He is a graduate of the University of British Columbia and has extensive experience in warehousing, freight transport and global forwarding. 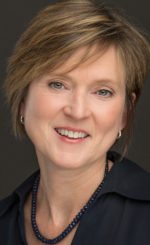 Mary McHugh has been appointed as chief delivery officer and a member of Xerox’s executive committee. McHugh will be responsible for worldwide strategy and operation of manufacturing sites, supply chain, customer service operations and delivery centres. She joins Xerox following five years at Oracle, most recently as the senior vice-president of SaaS implementation success management and SaaS consulting for North America. Previously, she was the senior vice-president of global solution design and delivery at Hewlett Packard Enterprise. In addition, McHugh spent 28 years at IBM. She holds an MBA and bachelor’s degree in Electrical Engineering.

Niels Weithe has been appointed to the newly created position of global head of e-commerce at CEVA Logistics. He will be based in Germany and will report directly to the COO of contract logistics, Brett Bissell. Weithe joins CEVA from Arvato where he was president of its consumer products division.  He brings more than 25 years’ experience to his new role and will assist CEVA in expanding its B2C solution based on its strong and established global network.