Appointments, promotions, moves and changes in the supply chain sector for July 31, 2107

Christine Richards, executive vice president, general counsel and secretary of FedEx Corporation, will retire effective September 30, 2017. Richards has led the company’s legal, regulatory, governmental affairs and security groups since 2005. Her successor will be named later. Richards joined the Federal Express Legal department in 1984 and served in a variety of leadership positions prior to assuming her current role. As general counsel, she directed the aggressive legal strategies that protected the FedEx brand from misguided government investigations and legislative threats. She also led multiple successful business negotiations and acquisitions, including most recently the completion of the acquisition of TNT. 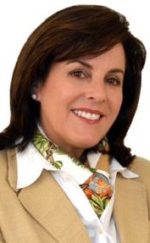 PURE Bioscience, Inc has named Janet Risi, president and CEO of Independent Purchasing Cooperative, Inc (IPC), to its board of directors. Risi joins as an independent director and she will also be a member of PURE’s Compensation Committee. IPC was founded by Risi in 1996 and has since become the gold standard for foodservice supply chain management – supplying all goods and services to SUBWAY. Today IPC annually manages in excess of $5 billion including food, packaging, equipment supplies and other services. Prior to IPC, Risi started her career with Ralston Purina Company in 1981 as a commodities buyer. Risi later worked with other food industry leaders such as Jack in the Box, Chef America, Inno-Pacific Group and Burger King. Risi is the sixth member of PURE’s Board, filling the vacancy left by the recent passing of food safety scientist David Theno, Jr PhD, who served as an independent director for PURE since 2013. 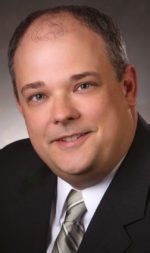 Menasha Packaging Company, has named Michael Riegsecker as its chief operating officer. In this newly created position, Riegsecker, formerly Menasha Packaging’s senior vice-president – sales, will continue to report to Mike Waite, President of Menasha Packaging. Since joining Menasha, Riegsecker has held a number of positions of increasing importance in a variety of functions, including production, plant management, sales support, general management and sales management. He will continue to be based at Menasha’s corporate headquarters in Neenah, Wisconsin. Riegsecker came from International Paper.  He holds a degree in Organizational Leadership.