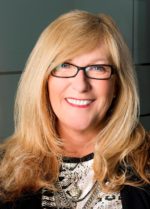 Angela Collins of Willson International Ltd is the new chair of the board of the Canadian Society of Customs Brokers (CSCB). She was elected on September 26 at the Board of Directors meeting during the 2016 CSCB National Conference in Niagara-on-the-Lake, Ontario. A senior Customs and logistics professional with over 38 years of experience, Collins has spent over 28 of those years rising through the ranks at Willson International, from manager through director to now vice-president of Canadian and US Brokerage Operations & Regulatory Affairs. Collins holds the CTCS (Certified Trade Compliance Specialist) designation, as well as CCS (Certified Customs Specialist) designations in both Canada and the US. She has been active  within the CSCB for many years, first as an elected member of the Toronto Region chapter and since 2011 as part of the National Board of Directors. As CSCB Chair, Ms. Collins will also represent Canada on the Board of Directors of International Federation of Customs Brokers Associations (IFCBA). 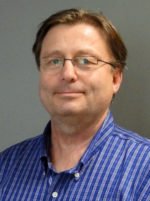 Spiroflow Systems named Don Mackrill chief operating. In his new role, Mackrill will have complete operational control for all powder handling projects from engineering through production, customer delivery, and customer service. He is a 21-year veteran of the powder handling industry serving as COO and president of Control and Metering before joining Spiroflow in April 2013. Since joining the Spiroflow team he has held management roles in sales and production. In his new role as COO Mackrill expects to further streamline production processes and maximize on time deliveries in the Americas.

Véronique Sarlat-Depotte has been appointed purchasing alliance global executive vice-president and chairman & managing director of Renault Nissan Purchasing Organization, effective November 1. She will replace Yasuhiro Yamauchi who is appointed chief competitive officer, Nissan Motor Co, Ltd. Makoto Uchida, currently program director of Datsun Business Unit, is appointed purchasing alliance global vice-president and Nissan corporate officer also effective November 1st, 2016. He will be Sarlat-Depotte’s deputy. Sarlat-Depotte was appointed Renault-Nissan Alliance global SVP, purchasing and deputy managing director of Renault Nissan Purchasing Organization (RNPO), also becoming a member of Renault Management Committee in January 2015. She reported to Yasuhiro Yamauchi, Purchasing Alliance EVP, Purchasing and Chairman & Managing Director of RNPO. She began her career at Renault in 1989 as part of the Purchasing Division. She has held several positions within Renault and Nissan, in France and Japan, within Purchasing, RNPO and CEO Office. Makoto Uchida joined Nissan in 2003 as clerk to Renault Nissan Purchasing Organization (RNPO). He was appointed manager of RNPO in 2006, and in 2010, he was promoted to vice-president of RNPO in charge of Paint Industrial and Logistics. In 2012, he moved to Renault Samsung Motors where he served as senior executive managing director in charge of Program and Total Cost Delivery management. As of April 2014, Uchida served as program director in charge of Datsun.