Aaron Lalvani has joined BlackBerry Limited as senior director, business development, IoT. He will be responsible for product management and business development‎ for BlackBerry’s asset tracking solution in the global transportation sector. Aaron brings 18 years of transportation experience in the areas of ground, road, and rail transport, and extensive sales and logistics consulting expertise to BlackBerry’s IoT team. Before joining BlackBerry, Aaron was executive director at CCL and Conlog (a freight consortium of shippers), and was president of Lalvani Group, a logistics consulting firm. 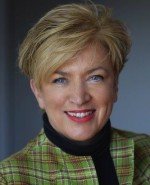 RM2 International SA has appointed Jane Gorick as director of sales and operations for Europe. Gorick is the former managing director of La Palette Rouge UK, where she was responsible for LPR’s largest customers.  She brings over two decades of experience in the pallet industry to RM2, having been previously employed by CHEP in the UK.

Cesar Jimenez has been promoted to director, product planning, technical services and warranty at Toyota Industrial Equipment. Jimenez began his career at Toyota as a college intern in the summer of 1996. Since then, he has held a number of positions including, most recently, national product planning and training manager. He currently serves as the Industrial Truck Association’s vice chairman of the Energy Storage Systems Subcommittee and also is a member of the General Engineering Committee. He earned his bachelor’s degree in mechanical engineering from the University of Southern California.

Cortney Keenan is the new vice-president of marketing for Tiger Cool Express LLC. Keenan was hired by Tiger Cool Express as a pricing manager in 2013, and was promoted to director of pricing in 2014. In her new position she is responsible for pricing, marketing services, contracts, sales co-ordination and operations co-ordination. During her business career she has served as a consultant and  financial analyst. She has an MBA from the Moore School of Business at the University of South Carolina.