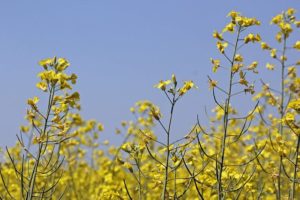 Chinese Foreign Ministry spokesman Geng Shuang said China’s actions were “scientific and reasonable,” but added that Canada should “take practical measures to correct the mistakes it made earlier” in the bilateral relationship.

China suspended the licence of canola seeds from Viterra Inc. on Tuesday, citing hazardous organisms in shipments. Geng said it acted “in line with relevant Chinese laws and regulations, as well as the international practice.”

The latest punitive measure is a blow to $2 billion worth of exports and is widely seen as retaliation for Canada’s arrest of Meng Wanzhou, the daughter of Huawei’s founder, at the behest of the United States.

China was infuriated by Meng’s Dec. 1 arrest on a U.S. extradition warrant alleging fraud and has since arrested several Canadian citizens on charges Ottawa says are spurious.

Without mentioning Huawei directly, Geng said China hopes Canada can “get along with us to ensure the sound and steady development of China-Canada relations.”

Canadian farmers say the moves have left them facing uncertainty just ahead of the planting season, which begins in mid- to late-April for many farmers. “There is a lot of confusion amongst farmers about what is able to be exported,” said David Quist, executive director of the Western Canadian Wheat Growers.

The Canola Council of Canada said all of its members have reported that Chinese importers are unwilling to purchase their products.

Both wheat and canola groups have called on the government to send a delegation to China to address the issue.

China – a major market for Canadian canola that accounts for about 40 per cent of Canada’s exports of canola seed, oil and meal – is the sole country to raise a technical issue with the product.

Prime Minister Justin Trudeau mentioned the possibility of sending a delegation during a stop in Winnipeg on Tuesday.

“We know that the canola produced here in Canada is top quality, and the oversight, inspection and science that surrounds what we do here is top-notch and world-class, and that is certainly something that we are going to continue to impress upon … our Chinese interlocutors on this issue,” he said.

— With files from The Associated Press