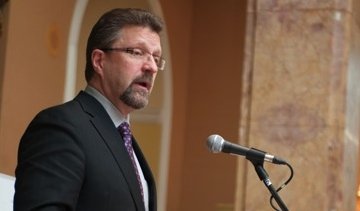 TORONTO: Industry collaboration, international partnerships and ship import duties were on the agenda during Chuck Strahl’s speech to the Chamber of Marine Commerce (CMC) Marine Club.

“The strong partnership between the government and the commercial marine industry is vital to ensuring Canada is well placed to meet evolving challenges in the global marketplace,” said the Minister of Transport, Infrastructure and Communities.

Strahl gave the keynote address during the chamber’s luncheon, held January 20 in Toronto. He highlighted the elimination of the 25-percent duty on imports of general cargo vessels and tankers, as well as on ferries longer than 129 metres.

Strahl also emphasized the importance of continuing partnerships like the North American Emission Control Area with the United States and France, designed to protect the environment and human health.

“Looking ahead, we must maintain this momentum,” Strahl said. “That’s why economic growth, job creation and sustained competitiveness remain top priorities for our government.”

Chamber president Raymond Johnston praised the government’s support for the industry, highlighting the move to do away with the 25-percent duty on ships imported to Canada.

“That’s a very significant move on the part of the government that has set the stage for reinvestment programs to take place,” he said.