Says report based on politics not security 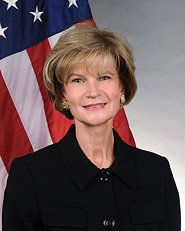 WASHINGTON, DC: An official with a US federal agency is publicly taking issue with her own commission’s report raising questions about Canadian port practices and security measures.

Rebecca Dye, one of five members on the bipartisan Federal Maritime Commission, released a statement that is starkly critical of its study into allegations that Canada was luring lucrative cargo away from U.S. West Coast ports.

Of particular concern for Dye is the suggestion that the port of Prince Rupert, BC, is lax in security because it is not a so-called “CSI” port. CSI is an acronym for the Container Security Initiative, a program implemented 11 years ago by US Customs and Border Control to pre-screen more than 86 per cent of US-bound container cargo.

“Vancouver, Montreal and Halifax are CSI ports; Prince Rupert is not,” reads the report.

Dye, one of two commissioners who voted against sending the report to Congress, said the point was a silly one to raise.

Canadian port security practices are airtight, she said, with all US-bound cargo arriving in Canada screened via radiation at the port, and then screened again when it crosses the border via Canadian railways.

Prince Rupert, Dye also noted, is a key player in the Canada-US Beyond The Border initiative.

“The Beyond the Border Action Plan, developed by both the U.S. and Canadian governments, selected Prince Rupert for a pilot project for a Cargo Targeting Initiative, which will involve perimeter vetting and examination of inbound marine cargo at the port and destined for Chicago by rail.”

The report, to be delivered to US Congress, divided the panel’s members down party lines. The two Republicans on the commission voted against its release, finding it too negative toward Canadian port authorities, and the three Democrats voted to sanction it.

A source close to the Federal Maritime Commission said the study caused serious dissension among its members. The final report is obscure, misleading and risks causing tension in the Canada-US trade relationship at a crucial period in its history, the source added.

“This is a trade issue with the Canadians; this is not a maritime port issue, so they should have had the insight to realize that,” the source said.

“We’re right in the middle of Beyond the Border, and Keystone, and this is what they came up with? They didn’t consider the context in which this would be received.”

In her statement, Dye didn’t pull any punches.

“The ‘study’ we have submitted to Congress is a political policy paper,” she wrote.

Dye suggested it was flawed from the start, since it is based on an unsubstantiated foregone conclusion that the US Harbor Maintenance tax causes cargo diversion from the US to Canada.

The study advises Congress to consider reforming or doing away with the harbour tax, suggesting it’s the best way to fight against Canadian competitors that are successfully diverting cargo away from their American counterparts.

“US ports are competitive internationally; however it would appear that the HMT makes the challenge more difficult,” the report reads.

But Dye said only a dozen experts who made a total of 76 submissions to the commission agreed that the tax plays a significant role in the problem of supposed cargo diversion by Canada, a phenomenon she characterized as a tempest in a teapot.

“This study is not based on an independent economic model designed to isolate the effect of the Harbor Maintenance Tax and other factors, including government policies, that may have a causal relationship with the flow of cargo through North American ports,” she said.

In fact, Dye added, many other, far more significant factors are at play when an importer decides whether to ship to Canada or the United States—chief among them “individual port efficiency and reliability.”

Dye also noted that a minuscule amount of US bound cargo enters via Canadian ports, as little as 1.3 percent of total American port traffic.

“The small percentage of U.S. cargo imported via Canadian ports is obscured in the commission study by implications regarding the potential for future changes in the flow of cargo through North American ports,” she said.

“The commission should have clarified the facts in the study related to the flow of cargo through North American ports for members of Congress and the maritime industry.”

[UPDATE: The full FMC report is available online at http://1.usa.gov/NMEdFv]