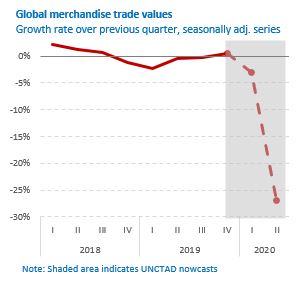 GENEVA – Global trade is projected to record a quarter-on-quarter decline of 27 percent thanks to the coronavirus pandemic.

Global trade values declined by three percent in the first quarter of this year, according to the latest UNCTAD (United National Conference on Trade and Development) data published in a joint report by 36 international organizations.

The downturn is expected to accelerate in the second quarter, with global trade projected to record a quarter-on-quarter decline of 27 percent, according to the report by the Committee for the Coordination of Statistical Activities (CCSA).

According to the report, the drop in global trade is accompanied by marked decreases in commodity prices, which have fallen precipitously since December last year. 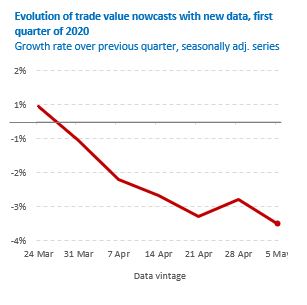 UNCTAD’s free market commodity price index (FMCPI), which measures the price movements of primary commodities exported by developing economies, lost 1.2 percent of its value in January, 8.5 percent in February and a whopping 20.4 percent in March.

Plummeting fuel prices were the main driver of the steep decline, plunging 33.2 percent in March, while prices of minerals, ores, metals, food and agricultural raw materials tumbled by less than four percent.

The more than 20 percent fall in commodity prices in March was a record in the history of the FMCPI. By comparison, during the global financial crisis of 2008, the maximum month-on-month decrease was 18.6 percent.

At that time, the descent lasted six months. The duration and overall strength of the current downward trend in commodity prices and global trade remain uncertain.

Before the COVID-19 pandemic sent international commerce into a tailspin, global merchandise trade volumes and values were showing modest signs of recovery since late 2019.