It will handle heavier, wider and bigger cargo planes 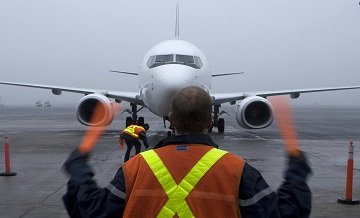 Before renovations, the original runway measured 2682m (8,800ft). After lengthening, it is 3,200m (10,500ft) long and is able to accommodate larger, heavier, and wider-bodied aircraft.

Construction work began in September 2011, and the project was completed November 15, 2012 when the runway became operational. The total cost of the extension was $28 million. The costs were split between the federal government, which contributed $9 million, the province of Nova Scotia, which invested $5 million, and the Halifax International Airport Authority, which paid $14 million.

Defence minister Peter McKay represented the federal government at the opening ceremonies. He extolled the benefits of the expansion.

Like, McKay, Halifax International Airport Authority president and CEO Tom Ruth, emphasized the important role the runway will play as the airport looks to expand its role as a cargo hub. Nova Scotia premier Darrell Dexter also spoke about the advantages to be gained by the larger runway.

“Nova Scotia is a key gateway to North America for both visitors and goods. Much of the credit for that belongs to Halifax’s world-class airport,” he said. “In the months to come, more and more Nova Scotians will be coming home to take advantage of the good jobs and economic opportunities available here. Most will arrive by plane, maybe even land on this bigger and better runway. To prepare for these opportunities, it is more important than ever for our province to ensure the safe and efficient arrival of passengers and products. More export capability means more jobs for Nova Scotians, and the newly extended main runway will help achieve that goal. I am proud that our government invested in this important project.”

“Economic development is a priority for the Halifax Regional Municipality, and this airport plays a huge role in our economic future,” he said.  “Airports are more than places where airplanes come and go. They are portals to the world through which we can move people, goods and ideas, and our airport is now even better equipped to play that role for us.”