Once-a-week flights for now, but more frequent schedule begins in the spring 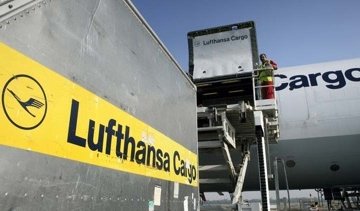 FRANKFURT, GERMANY: Starting this week, Lufthansa Cargo will be operating a weekly flight between Frankfurt, Germany and Detroit, Michigan.

Flight number LH8168, an MD-11 freighter, will arrive in Detroit every Monday at 18:50 after a direct flight from Germany. The return flight, LH8169, will stop in New York before heading back to Frankfurt. It departs at 21:20.

The company expects this to be a popular route. It plans to double the number of weekly flights, starting in March.

According to Achim Martinka, Lufthansa Cargo vice-president for the Americas, “the automotive and pharmaceuticals industries, especially, are fueling the growing demand for fast and reliable transport to and from Detroit.”