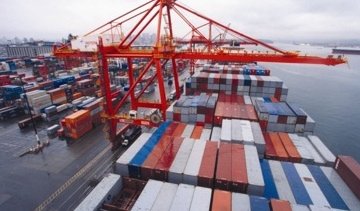 VANCOUVER: Port Metro Vancouver and the City of Vancouver have launched the Truck Traffic Pilot Program, which requires container trucks to use only major road network (MRN) authorized routes in Vancouver. The pilot comes in response to community concerns regarding an increase in the number of container trucks traveling on Nanaimo Street en route to the McGill/Commissioner Streets entrance to the Port.

“As an important economic generator for Vancouver and the region, Port Metro Vancouver understands the need to work with communities that may be impacted by Port operations,” said Chris Badger, COO, Port Metro Vancouver. “Together with the City, and with the cooperation of the trucking community, we are confident this pilot program will have a positive effect and reduce the impact of container truck operations on residents of Vancouver.”

The 90-day pilot program will begin on August 25 following a 30-day notification period for container truck companies and drivers. The port will direct container trucks traveling via the Knight Street Corridor from Richmond/Delta to use the following Major Road Network (MRN) route to access the McGill/Commissioner Street entrance to the Port: Clark Drive to Hastings Street; Hastings Street to Cassiar Street/Highway 1; Cassiar Street/Highway 1 to Bridgeway Street; Bridgeway Street to McGill Street.