TransForce to acquire Dynamex for US$248 million 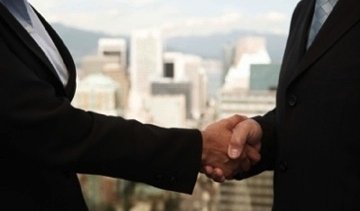 MONTREAL: TransForce Inc is acquiring Dynamex Inc, a Texas-based company that provides same-day delivery and logistics services in Canada and the US.

TransForce will buy all of Dynamex’s outstanding shares for US$25 each for a total of US$248 million. Dynamex terminated its merger plans with Greenbriar Equity Group LLC, which the two companies had agreed to on October 1. That deal would have seen Greenbriar buy Dynamex’s shares for US$24 each.

“Dynamex specializes almost exclusively in same-day delivery services, a segment generally not offered by TransForce,” said TransForce president and CEO Alain Bédard. “We believe that the combination of TransForce and Dynamex will yield attractive synergies with our existing divisions.”

Acquiring Dynamex is a good move for TransForce, since it adds urgent-delivery capability to its services, said Gary Breininger, president of Breininger & Associates Inc, a strategic business advisory and marketing services firm specializing in the transportation/logistics sector.

“Strategically, this represents another spoke in TranForce’s wheel,” Breininger said. “In terms of alignment there’s probably a good fit.”

The acquisition is also advantageous for both companies’ customers, Breininger noted. Through other acquisitions, TranForce has built integrated supply chain capability benefiting those looking to consolidate with a single service provider.

“I don’t personally worry they’re going to get a monopoly and pricing is going to go up—I don’t believe that for a second,” he said. “The same-day delivery market in Canada is purely competitive.”

The acquisition is conditional on several factors, including approval by majority holders of Dynamex’s common shares, and expiration or termination of the waiting period. The deal is expected to close in the first quarter of 2011, and will be financed using TransForce’s existing credit facilities.