A look at trends and challenges facing the air cargo sector 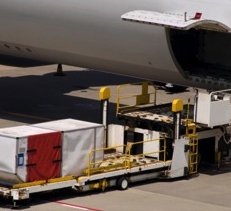 It’s been a bumpy ride for the air cargo sector in recent years. The sharp drop in business brought on by the recession hit the sector hard—perhaps more than other modes. A few years ago, excess capacity pushed freight rates down, while fuel surcharges dropped.

Today, fuel surcharges are up again and the economy is on the mend, while the spotlight remains on security issues. What does the air cargo landscape look like today?

Ruth Snowden, executive director of the Canadian International Freight Forwarders Association, uses words like “uncertainty” and “volatility” to sum up the state of the sector. While cargo will continue to move by air if there’s a need to ship goods quickly, the demands of security have added complexity to freight forwarders’ jobs, she says. Some practical issues can arise through a lack of clarity on security protocol.

For example, if cargo crosses the US border to be shipped by air from Canada, confusion can result if an American shipper isn’t registered in the Canadian known shipper database.

With added security come additional costs that increase as security becomes tighter, says  a. hartrodt Canada president Stephen Valentine. While many look down the supply chain for places to tighten security, the only way to ensure cargo is secure, is at the location where the product is manufactured and packed.

“You can’t expect the forwarders to do your security cover for you,” he notes. “It’s the shipper that needs to have the regulations attached to what they do.”

Bellville Rodair’s North America CEO Jeff Cullen notes the challenge of ensuring cargo is secure before it travels, and once cargo is en route it’s too late to fix security issues. But challenges also arise trying to mandate security at overseas factories. Likewise, mandating security at the point of origin is tough.

“We can’t even agree within Canada—as to what the proper protocol should be, let alone trying to negotiate and agree between Canada and the US,” he says. “Try adding in a whole bunch of other countries. We’re a long, long way away from mandating consistency on a domestic basis, let alone globally.”

Also important is ensuring security measures don’t lengthen the travel time for cargo, he says. Some potential measures, such as X-ray screening for all cargo, would lengthen transit times beyond what’s reasonable.

“We’re going to choke global trade if that becomes worse than it already is,” he says. “You just couldn’t imagine having to put the amount of air cargo that moves around the world through the limited number of X-ray machines out there today.”

Rather than enacting 100-percent X-ray screening, Richard Koroscil, CEO of John C Munro International Airport in Hamilton, Ontario prefers known-shipper programs. Dealing with known shippers keeps air cargo moving rather than adding to delays, as screening would, Koroscil notes.
“That’s the whole advantage of air, that it can move quickly,” he says. “We want to try to maintain that flexibility.”

Events in the Middle East, such as uprisings in Libya and Egypt, have pushed oil prices higher. While security now accounts for a chunk of air freight costs, fuel surcharges have also risen, says Cullen. That makes costing out air cargo shipments more complex, he says. The price to ship cargo from, for example, Toronto to London was once fixed. Today, that rate has additional costs for fuel surcharges and security tacked on.

“We’re getting back to a point where the fuel surcharges are now greater than the freight rates,” he says. “That’s certainly a huge factor as far as the volatility within the air freight market goes. And it bounces around all over.”

Since air cargo is the most expensive way for goods to travel, shippers tend to cut back on it first when times are lean. With added complexity, cost and security pressure, how much cargo are shippers moving to other modes of transport?

In the past, when fuel surcharges increased, there has been a migration of cargo to sea freight, Snowden notes. Since 2010, steamship lines have adopted “slow steaming” to save fuel, which adds time. But when cargo can’t wait, shipping by air continues to play an important role in moving goods.

“While there might be an overall trend toward that modal shift, I think it’s really fluid right now,” Snowden adds.

Shipping by air is expensive, agrees Jamie Porteous, executive vice-president of sales and service at Mississauga, Ontario-based Cargojet. But it’s also fast. Shippers will continue to rely on air cargo to get goods to their destinations as quickly as possible when it counts.

Internet shopping has meant an increase in goods shipped by air, Porteous says. As well, a stronger economy has meant more volume, and Cargojet even saw a record day during the Christmas season last year.

“After a number of years of feeling the effects of the economy (the sector is) optimistic they’ve turned the corner,” Porteous says. “Everyone in transportation suffered, and people were asked to reduce prices. Hopefully, we’ll be able to get back some of the concessions.”