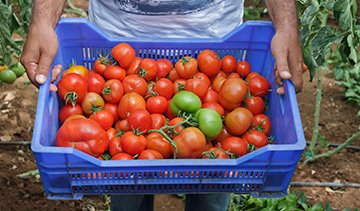 A study conducted Keith Warriner, a professor of food science at the University of Guelph and program director of the school’s food safety and quality assurance program, shows that fruits and vegetables can be contaminated by salmonella, norovirus and cyclospora if transported in RPCs that haven’t been handled and treated correctly. The study was conducted on behalf of the Canadian Corrugated Containerboard Association.

“In addition to human pathogens, it is also possible that plant pathogens such as Erwinia, Pseudomonas, Xanthomonas and Ascomycetes could be transferred, thereby resulting in premature spoilage of produce,” said Warriner.

During the course of the study, containers from five fresh produce packing operations Ontario and Quebec were examined, both visually and through adenosine triphosphate (ATP) testing. Samples were also collected for bacterial counts (total aerobic counts) that included potential fecal indicators (enterobacteriaceae and coliforms). The standards set were those expected of a cleaned food-contact surface within the food industry with a 20 percent failure rate being deemed as acceptable.

The result of the testing showed that while there was “significant variation on the sanitary status of RPCs at different growers,” overall 64 percent of all RPCs failed in terms of sanitary standards. As well, 56 percent of trays had a higher aerobic count than expected on a cleaned surface. In order to eliminate exposure to farming environments as the source of the contamination, trays were sampled as delivered from the supplier.

Visual inspections showed “a proportion that were damaged or had labels affixed from previous use.”

After looking at the data, Warriner concluded, “92 percent of RPCs did not exceed the levels of Enterobacteriaceae with no coliforms being recovered on any of the trays tested. From the results it can be concluded that although there was no evidence of a food safety issue it is recommended that the decontamination method for RPCs be reviewed to prevent carriage and transfer of human pathogens.”

According to the Canadian Corrugated Containerboard Association (CCCA), many “containers are rented by farmers to ship their produce and then returned to the United States for cleaning. In Ontario, for example, RPCs are shipped to Chicago for sanitization.”

The association speculates that some of the cleanliness problems—especially those able to be detected by visual inspection—could be a result of “inefficient cleaning systems and travel to-and-from wash stations in the USA may explain the sanitary issues.”

“For the safety of Canadians, we need to ensure all food in Canada is shipped using clean packaging, regardless of whether it is paper or plastic.”