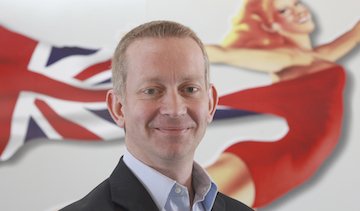 Traffic from the United States to India, business gains in the US North East and more perishables traffic all contributed to transatlantic tonnage, revenue and market share gains for Virgin Atlantic Cargo in 2013.

Dan Parker, vice-president commercial at Virgin Atlantic Cargo, said: “The transatlantic market remains highly competitive, but for us 2013 was a good year with gains across our US destinations. Our total tonnage and revenue from the UK to the US was 10 percent up year-on-year. Perishables traffic contributed strongly to the US, Canada and Mexico, notably fish shipments to Vancouver and San Francisco. Looking ahead to the prospects for 2014, we expect the market to remain steady and do not expect any big increases or decreases in shipment levels.”

Cargo volumes from Miami to Delhi were up 50 percent year-on-year while US-origin cargo via London to Mumbai recorded particularly strong gains from both Atlanta and Miami.

Newark continued to be one of the airline’s strongest US routes, with revenue and tonnage ex London up 25 percent and eastbound volumes growing by 60 percent compared to 2012. Cargo traffic from New York JFK to London Heathrow climbed 20 percent over the course of the year and freight shipments from Boston to the UK grew 17 percent. Revenue between London and San Francisco rose 15 percent.

From the UK to the US, excluding Canada, the airline carried over 63 million kilos in 2013.