by Inside Logistics Online Staff December 11, 2019 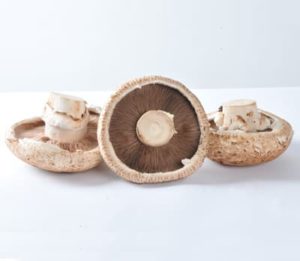 PICTON, Ont. – Following a guilty plea, Highline Produce Limited was fined $90,000 after a worker suffered critical injuries from being caught and dragged into a conveyor.

On September 20, 2018, a worker at the Wellington plant was working as part of the clean-up crew in the mushroom-growing facility’s spawn area. The worker was washing down the concrete ramp to the spawn area’s overhead door and was called over to work on cleaning up compost which had been knocked off the green feed hopper onto the concrete pad below.

The green feed conveyor is located outside the spawn area buildings. This equipment feeds green compost up into the spawn area for production. It is an angled conveyor and hopper, which consists of chain-driven cross bars and a fixed flat pan conveyor. The bars move up the flat pan, dragging material to the top.

As a result of being caught and dragged, the worker suffered multiple critical injuries.

Section 25(2)(h) of the Occupational Health and Safety Act states that “an employer shall take every precaution reasonable in the circumstances for the protection of a worker at a workplace.”

The court rules that Highline failed to take the reasonable precaution of ensuring that the green feed conveyor/hopper was locked out while it and the area around it were being cleaned, contrary to section 25(2)(h) of the act. This is an offence pursuant to section 66(1) of the act.

In addition to the fine the court also imposed a 25-per-cent victim fine surcharge as required by the Provincial Offences Act. The surcharge is credited to a special provincial government fund to assist victims of crime.