We need more of it, not less 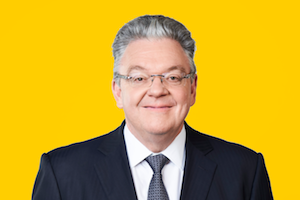 There is much speculation today about a retreat of globalization, about the formation of rival economic blocs, about shorter supply chains, manufacturing coming back home, and the expansion of key domestic industries. In the middle of a pandemic, it’s certainly not surprising that pessimists and critics of globalization feel some vindication; anyone who has been skeptical of global connectedness before has found new reasons now. Still, it’s understandable that many people today are concerned about the future of the global economy.

We are in a serious crisis. The sharp downturn of the world economy as a result of the COVID 19 pandemic looks worse than the 2008 global financial crisis. According to the WTO, global trade flows could fall by up to a third this year. And predictions for capital flows are similar, with foreign direct investment projected to fall by as much as 30 to 40 percent in 2020/21.

Cross-border travel is also declining sharply. The number of passengers flying internationally is expected to decrease by up to 1.5 billion this year. These and various other effects of the crisis are putting many people, companies and sectors of the economy to severe tests.

A boost for our immune system

Despite the gloomy prospects for 2020, I do not believe that we will see a permanent, massive decline in global connectedness after the crisis. I think globalization will take hold again. Even the most pessimistic scenarios do not have trade and capital flows collapsing. Instead, predicted declines foresee a return to levels that, in the 2000’s, were widely considered a sign of hyper-globalization. At the same time, the pandemic in many places has made it especially clear how important globalization is for our economic and social “immune system”.

During this crisis, many globally active companies have found themselves in a much better position than companies with a purely national or regional focus. This makes sense: companies active in one country only are entirely at the mercy of the local situation. Companies with a foothold in many countries, on the other hand, are stronger and more flexible. Early in the crisis, for example, global companies with business in China felt the drag of the first shutdowns.

But this initial disadvantage turned into an advantage, with the recovery in China now providing a boost to companies doing business there. Every industry is different, of course, but international companies tend to be demonstrating more resilience at this time.

For similar reasons, I also believe that many of the calls for more domestic manufacturing and the re-nationalization of economic sectors are misguided. National supply chains are not necessarily more resilient. If anything, supply chains will need to be more diversified in the future, which means more globalization, not less. It certainly makes sense to take precautions and build up strategic reserves of critical goods for emergencies. But let’s not forget that the global division of labour remains vital to prosperity. It would make no sense – and prove unaffordable in the long term – if every country produced all its own medical products, for example.

I have no doubt that open, diverse societies will ultimately prove to be more robust in the face of crisis. Right now, we need globally connected research and the best medical knowledge from around the world to help get this virus under control. And we need more cooperation across borders, such as sharing free intensive-care capacity or sending teams of doctors to other
countries.

Indeed, barriers put in place before the crisis, such as customs duties on medical products, now threaten to exacerbate supply bottlenecks. As it happens, today’s tangle of export restrictions and import tariffs applies to many of the medical care and hygiene goods so critical right now.

My appeal for more openness applies all the more to poorer regions, some of which have just begun feeling the effects of the COVID crisis. Here too, access to world markets can mean greater resilience. For small businesses and micro-entrepreneurs whose local sales come to a standstill, for example, e-commerce (including cross-border shipping) offers a ray of hope. This requires a favorable environment, of course, including modern customs processes and less bureaucracy at the border. DHL has worked with international partners to provide support in this area for many years now.

A bit of normalcy in the crisis

Today we’re all experiencing first-hand how much our well-being depends on trade, functioning logistics and global digital connectedness. Imagine how this pandemic would have played out a few decades ago – without advanced e-commerce systems, without a powerful global IT infrastructure, and without technologies, platforms and smartphones to connect us. All these achievements make it possible for us to maintain much more continuity than would have been possible in the past.

Today, many employees also have the option of working remotely with colleagues and customers from their home offices. Managers can convene to make business decisions without having to be physically in one place. Family, relatives and friends can stay in close contact without seeing each other personally. Even when isolated, we have access to an infinite amount of digital knowledge, information and entertainment. E-commerce, in combination with state-of-the-art logistics, has become an important lifeline today.

I firmly believe that global connectedness has made our world more stable and less vulnerable in the current crisis. We should be grateful for it. And in the interest of the world’s social and economic “immune system”, we must make sure that globalization doesn’t suffer irreparable damage. The better we do this, the more resilient we will remain, and the easier it will be for us to pick up speed again after the crisis.