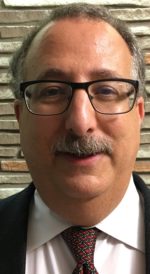 Logistics professionals know that cost and operational efficiency are of critical importance to distribution centres, the hubs of the materials management sector. These centres generally operate 24/7/365, making any interruption potentially disruptive and costly.

Currently, one element of DC operations, the necessary fleets of forklifts, are mostly electric battery powered, because fossil fuel-powered vehicles produce fumes and pose other risks. However, they require long charge times that put them out of service, requiring larger fleets. As well, their storage batteries degrade over time, a process that has to be closely monitored, and is a maintenance headache. Costly battery replacements must be scheduled, and performed.

Hydrogen-powered forklifts are a great alternative for many distribution centre operators. Hydrogen is the most common element on our planet. In its natural form it is stable, odourless and safe. The most environmentally friendly method of producing hydrogen is through a process called hydrogen electrolysis, in which an electrical charge is applied to pure water enhanced with a catalyst in order to split the H2O molecule into pure oxygen and hydrogen gas. The oxygen can be emitted safely to the atmosphere or captured for future use, and the hydrogen gas is the fuel of the future.

What is interesting for us is that hydrogen energy technology is very Canadian. “It was Canadians who discovered the energy potential of hydrogen as an energy carrier,” says Robert (Bob) Stasko, director of government relations for the Toronto based Hydrogen Business Council, and co-founder of Energy Storage Ontario.

“Canadian hydrogen energy pioneers, like Vancouver’s Ballard Technology and GTA based Hydrogenics and Next Hydrogen, are the global leaders in applying this technology. Our Canadian hydrogen power technology is currently being exported across the globe, especially to East Asia and Western Europe, where it is being applied to trains, streetcars, buses, trucks, cars and distribution centre forklifts. I am pleased to see that that Next Hydrogen is the Canadian company leading our industry’s entry into the distribution sector forklift market.”

Mathew Fairlie, president of Next Hydrogen, founding chair of the Hydrogen Business Council, and veteran member of Canada’s hydrogen industry says: “Operators have discovered that hydrogen is the ideal fuel for distribution centres because it eliminates costly charge times, battery charge monitoring, and battery disposal costs. Forklifts equipped with hydrogen fuel cell ‘battery-replacement units’ can be fueled in minutes, just like your car at a gas station, and can run for a full shift cleanly and safely.”

Fairlie explains that the company has already developed a complete hydrogen production and fueling system for a major Canadian distribution centre and is finalizing a second, even larger one. “Our contribution to these systems is our proprietary Hydrogen Generation technology. Our systems are housed in standard shipping containers, so they can be set up quickly and easily, anywhere that has power and water. In addition, for distribution centres that don’t want or need a hydrogen production facility on site, we are developing larger-scale hydrogen production stations that generate hydrogen centrally, which can be stored in mobile fuelers and distributed by truck to wherever the hydrogen is needed.”

As Staskow notes, “distribution centres are just the beginning of the application of hydrogen power in the freight distribution and transportation sector. As but one example, California’s Long Beach Port is currently exploring adapting their local port-based trucking fleet to hydrogen to reduce pollution and greenhouse gas (GHG) emissions in America’s largest and busiest ports, and Canadian hydrogen energy technology is essential to make this happen.”

In summary, hydrogen is an ideal fuel for distribution centres because it is economical, eliminates forklift charging downtime, eliminates the hassle and cost of forklift battery monitoring and replacement and operates cleanly and safely. It is a Canadian technology that has potential for the whole planet.