Fleet operators continue to see that top pay, safe trucks and home time are no longer the selling points for drivers to sign on 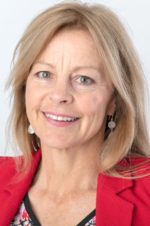 All of the 48 participating fleets reported driver shortage concerns and what they are doing to combat the pattern of continuous driver turnover. Fleet operators continue to see that top pay, safe trucks and home time are no longer the selling points for drivers to sign on and, in spite of initiatives to control turnover with retention efforts and signing bonuses, drivers continue to move on.

The employer survey was based on best practices for recruiting and retention of local and long haul drivers in the private, for-hire and fleet services categories. The participants consisted of large, medium and small-sized fleets. Questions focused on workplace culture, on-boarding processes, retention efforts and exit interviews.

One of the top discoveries in the Trucking HR survey was the vast difference between attrition rates within one to 90 days of employment compared to those with employment length of over one year. Drivers land jobs and can take another one just as soon as the carrier fails to live up to the driver’s expectation—for whatever reason.

The point is, carriers would be best to identify exactly what the reasons are for drivers leaving, and pivot their business strategy to correct the commitment shortfall. Sure, drivers leave for better pay and they might not understand the total compensation package with health plans, bonuses, vacation time, and other perks.

One of the reasons why compensation continues to be the number one reason stated for driver turnover is the fundamental problem with industry leaders’ focus on driver cost as a liability, not as a strength. From the driver perspective, if the overall paycheck total is a moving target due to routes, lanes, miles, back hauls, weather, truck repair, border delays, clearance issues and waiting time then there is no earning stability and no quality of work. Put another way, trucking companies run lean as it is and most of the costs for fleet operation are ﬁxed except labour and fuel—one you have control over and the other you don’t.

Some companies deduct wages and costs from driver pay for performance related events that might be due to practices that are not included in training and commitment to safety. Other wage models include flat rates, activity-based costing models and percentage of revenue for the load that ends up with driver pay often falling short of a competitive market wage.

Maybe per-kilometre and hourly pay rates are no longer the best way to keep a driver happy. Perhaps a ﬁxed salary model could work if you weigh up all the costs and beneﬁts of a ﬁxed cost but stable workforce with consistent performance and reliability.

Drivers are now given more information on their total compensation package and then ﬁnd themselves comparing one company against another, even if the work varies and the job conditions are different and the company culture is unique.

Every job ad seems to point to lots of miles, more home time and excellent bonus programs. But, the most important need that isn’t being met is trusting the employer to support them to succeed and the employer not trying to use driver wages to offset operating costs and make up for pricing errors.

Drivers use social media now to spread the word about companies and the work experience so it makes sense to invest in leadership training to address any concern drivers have before they decide to turn in their keys and drive elsewhere.

Drivers don’t just leave for pennies more a mile; they leave because they had a different understanding of what the employer had to offer. Drivers could be retained with better communication on the full story of total quality employment packaging, not just annual earnings and all the other so-called perqs.