The Internet of seeing, making and moving everything 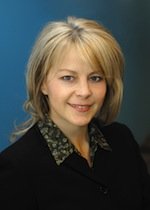 This article appeared first in the MM&D December 2014 print edition.

A decade ago, the idea that a 3D printer could quickly generate prototypes of prosthetic limbs, concept models of automotive and aerospace parts and complete vehicles–including the NASA Rover–seemed like science fiction. Today it’s a reality.

Today the pace of innovation in commercial applications, including in the automotive and aerospace sectors and in the consumer products and health care industries, is staggering. Those who are quick to see the benefits of these technology leaps have the chance to realize business efficiencies and financial rewards. If your business is a successful early adopter of new technology, it can also bring an immediate competitive advantage.

Granted, such rapid-fire developments can be tough to spot–and even tougher to prepare for. Yet technology advancement is a given, and prepare for it we must. In the spirit of this awareness and preparation effort, here are a number of important developments to keep an eye on.

At the North American International Auto Show, held in Detroit in January, a completely 3D-generated car was rolled out, with its production plans already scheduled at a plant in Maryland for later this year. As automated manufacturing continues to evolve, mobile applications and increased collaboration abilities have significantly improved design, development and costing processes for manufacturers.

And, as with manufacturing, transportation is seeing dramatic developmental changes. For example, Mercedes Benz recently released details of its future, self-driving truck—called 2025—that is poised to change the face of over the road transportation. Connectivity for such trucks will inevitably enable such features as onboard computers and mobile devices offering GPS, vehicle function and operation details. This is expected to facilitate RF scanning of goods, paperless logs, trailer and freight tracking too.

Logistics companies might also be interested in the use of warehouse equipment, including a new 3D vision-enabled unmanned pallet truck which does not require any changes to the design of a company’s warehouse or stacking systems. The fully programmable pallet truck unit can be trained to know the precise layout of the warehouse, the rules of the warehouse movement allowances and more.

In the world of railways–for public transportation–the Transport for London (the local government body responsible for most aspects of the transport system in Greater London) is working with a design firm to roll out a driverless Tube Train for a 2020 launch. In Japan and China, the Magnetic Levitation (MagLev) or bullet trains use magnetic materials to create lift and propulsion. MagLev trains use mechanics that operate completely free of the conventional design of tracks and trains–and therefore friction. The Central Japan Railway Company test of its Shinkansen train saw speeds over 500km/hr.

In North America, Union Pacific tested a 3.5-mile-long freight train with new distributed-power configurations (DPUs), which add extra locomotives between or behind freight cars on extremely long trains in order to haul heavier loads without derailing. The DPU has historically been used for hauling coal through mountains, but there is a proposal to use monster trains which push-pull 6,000 ft of double-stacked container cars.

Looking upward, unmanned aerial vehicles–otherwise known as drones–are already a reality, used in military surveillance, combat and border patrol. But there is growing interest from the public and from industry for recreational and commercial applications.

Meanwhile, the US military is working with a tablet-operated helicopter, the Autonomous Aerial/Cargo Utility Systems (ACCUS)-built chopper, which can ferry supplies to otherwise unsafe and inaccessible areas.

Obviously, the march toward complete technological accessibility will continue. While certain innovations may be delayed or halted by government restriction, public criticism or lack of resources, there will always be leaders willing to take risks to develop new technology.

A case in point: augmented reality (AR) devices such as the wearable Google Glass. The prototype was recently withdrawn from the market, and the company has moved it to product development. There’s no doubt that the capability of AR holds major promise, adding and enhancing physical reality with layered computer content such as virtual text, graphic, GPS, sound and even scent. Google Glass displays information in a smartphone-like hands-free format (through a set of glasses). Wearers will communicate with the Internet via natural language voice command.

As demonstrated by these many examples, it’s clear that manufacturing, retail, vehicle operation and the supply chain are taking on a more futuristic look.
Will you be ready?