Materials Handling: “I’m sorry, Dave. I can’t do that.”

Is WMS ready to eliminate the keyboard? 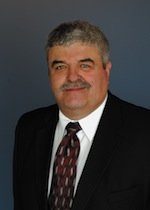 A very long time ago I made a decision that gave me skills which have been useful throughout my life. In grade 10 I decided to take an elective course in typing.

No, it was not because I saw the future, but because the class had a couple of girls I was interested in.

I got horrible marks and I barely passed, but it gave me a skill that I have used ever since. When the personal computer came along I looked like a genius. From an office work perspective it meant I could work directly without the help of a secretary.
This was because personal computers used a graphical user interface (GUI), which meant you could use a mouse to point at items on screen and click to activate them. In the early 1980’s we started our use of keyboards to interface with computers, a practice which continues to this day.

Of course there were a number of key software interfaces developed by companies like Microsoft. I even had the fortune to view from the inside, when I designed a warehouse for them 25 years ago, pre-Windows time.

More recently, software has augmented this with text to voice capability.

“Open the pod bay doors, HAL ”
Sci-fi movie ‘2001 A Space Odyssey’ may have given us a glimpse of the future with its portrayal of the “HAL 9000” computer. HAL (short for (Heuristically programmed ALgorithmic computer) eliminated the need for a keyboard interface with computers because of its superior interactive voice capabilities and artificial inteligence. It was enabled with voice recognition and speech as well as other qualities like lip reading.

This leads us to the question: Are we now entering into an era were we can eliminate the keyboard? From a warehousing perspective “hands free” is certainly attractive.

The first programming hurdle was voice recognition—the ability for the software to understand voices, including accented ones.

The next stage in building a functional voice recognition system is the need to develop software that can respond to speech commands in a reasonable way. Point and click has proven durable as a means of communication with computers largely because it is not subject to interpretation. Because it’s mechanical it can be binary, and perfectly suited to a software environment.

The nuance of being human
But interpreting the many nuances of language, with its multiple meanings, has proven much more difficult. Language was not invented to talk to computers and as a result is often not precise enough for the computer to use. Computers have tremendous number crunching power, but they need to be precisely directed how to employ that power.

Part of the problem is that for human-to-human communication, language is just one of several senses that come into play. Other examples include sight, touch, smell etc. The augmentation of these complementary means of communication makes the need for precise verbal communication less necessary.

The challenge can be illustrated by imagining you are talking to a blind person when you communicate with a computer. Without sight allowing understanding of body language or for gaps in the verbiage, more precise communication is necessary.

Fortunately increasing use of machine learning is overcoming many of the earlier hurdles and provides a means to let computers respond to speech commands in a meaningful way. Thus functionally we have the evolving capability to turn voice into text and then to understand it.

Instead of opening your browser and pointing and clicking to Google, we will ask our virtual assistant. These virtual assistants have several trademarked names. Apple has Siri, Google has Google Now and Microsoft has Cortana.

In the warehouse the next step is for WMS suppliers to take one of these virtual assistants and customize it for the warehouse environment.