A reassessment of inventory practices is needed 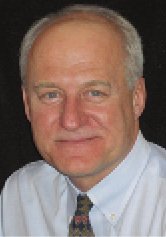 For many industries in Canada, Covid-19 has reignited the discussion of “how much is too much” when it comes to inventory, and how to transport inventory to the “right place at the right time”.

Businesses have been fragmenting inventory classification for decades in order to better manage the trade-off between carrying costs and customer service. Classifying inventory – whether as cycle stock, safety stock, seasonal stock, speculative or in-transit stock – enabled inventory managers to fine–tune demand forecasts, improving the ability of logistics managers to predict capacity requirements for transportation and warehousing.

This practice was exacerbated by business philosophies that identified inventory as waste, or focussed on inventory reduction, rather than inventory as a strategic asset for profitability. Ever since businesses started believing their role was to maximize profits rather than customer satisfaction, each business generation seemed to develop a miracle-cure for excessive inventory.

Starting with the Toyota Production System in the 1970s, followed by Total Quality Management and Six Sigma in the 1980s, and crowned by Lean Management in the 1990s, each of these philosophies improved the organization’s ability to wring more profits from the supply chain by reducing inventory. Supply chains were being redesigned for investors rather than customers. But at what cost? And what risk?

With respect to the relationship between inventory levels and pandemics, the first real question mark for many people in the 21st century occurred with the onset of SARS (severe acute respiratory syndrome) in 2003. Within a year SARS quickly spread to more than two dozen countries around the world.

Hospital inventories of PPE (personal protective equipment) such as masks, gowns, gloves, and sanitation products were rapidly depleted. Just as quickly, consumer versions of these products disappeared from store shelves as customers engaged in panic buying, afraid of the uncertainty generated by an unknown illness and potential shortages of products that might protect them. Nothing sparks panic buying like a pandemic.

One of the lessons learned from SARS was that society needed to carry more inventory of PPE and products that consumers believed essential when faced with a pandemic. Adherence to precautions and practice in implementing them were deemed critical to containing that disease. In the world of supply chain management, one might translate that as “risk management” and “risk mitigation”, both dependent on business strategy.

SARS taught everyone that some critical medical items and consumer goods were understocked, and industry partners were often unprepared to replenish those items quickly. As SARS receded legislators promised we would be better protected next time, fortified with safety stocks of PPE and essential goods. Inventory is expensive, however, and these promises faded almost as quickly as the threat of SARS itself in the years that followed.

The same problem resurfaced with the outbreak of Covid-19 earlier this year. The fact that society was once again unprepared was evident when consumers, skeptical of government claims there were plenty of food stocks to go around, began panic buying everything from apples to toilet paper.

Their fears were justified on January 24th when Ontario health officials naively congratulated themselves at a press conference, proclaiming, “we’re ready, we’re prepared” even as hospitals and medical personnel were warning of potential PPE shortages. Nothing sparks panic buying like a government statement that there’s no need for panic buying.

Why do inventories tend to disappear so quickly in the face of uncertainty? The total business inventories-to-sales ratio through 2018 and 2019 has been reported at approximately 1.4 months. In other words, businesses had enough inventory on hand to cover about six weeks of sales.

This ratio is a product of Lean management practices, gradually reducing inventory year over year. Six weeks inventory may be sufficient in times of little uncertainty, but six weeks inventory can disappear in six days when faced with the threat of a pandemic. And replenishment times for imported products can easily run 30 to 45 days, leaving empty shelves in hospitals and retail stores alike.

Perhaps after this pandemic, organizations will reconsider their business strategy. Does business exist to satisfy investors or customers? Can one exist without the other? Probably not, but when faced with global threats due to pandemics, perhaps a reassessment of inventory practices, based on rationality rather than reduction, is warranted.