Learning from others' mistakes

August 14, 2019
by Inside Logistics Online Staff

August 14, 2019
by Inside Logistics Online Staff 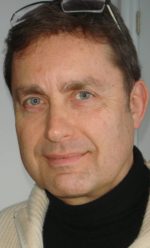 Scott Williams is is a writer with Workplace Safety & Prevention
Services.

Preventable incidents involving lift trucks continue to take a heavy toll on workers and employers each year. The headlines say it all: workers suffer permanent injuries or death and employers face tens of thousands of dollars in ﬁnes.

We asked Workplace Safety & Prevention Services’ Warehouse and Racking Specialist Chuck Leon what employers can learn about managing lift truck safety from ﬁve recent incidents. Here’s what he had to say.

1. $53,000 ﬁne: Two employees hopped on a forklift to complete a task on the other side of their building. One drove and the other stood on the forks, obstructing the driver’s view. Neither had received forklift training or had authorization to operate one. The truck drove into a steel column and the worker on the forks suffered a permanent injury.
How the incident could have been prevented: “The forklift should have been safe-parked with the keys removed,” said Leon. “Also, the driver should not have used the forklift as a taxi service.”

2. $75,000 ﬁne: A reach truck operator making a left turn lost control on a watery floor and struck a wall. The worker suffered a permanent injury.
How the incident could have been prevented: “The workplace floor should have been kept clear of water, and the driver should not have driven through water. The truck wouldn’t have been able to stop until it hit something,” Leon said.

3. $85,000 ﬁne: A forklift operator loaded two skids of drums on the forklift, which obstructed his view. The operator drove forward and struck another forklift operator who was standing nearby and occupied with paperwork. The second operator suffered a permanent injury.
How the incident could have been prevented: “When a driver’s view is obstructed, it’s standard to have a spotter or to drive backward instead,” Leon said. “This didn’t happen. In addition, the second driver should not have been standing reading in that area.”

4. $110,000 ﬁne: A fork truck operator was asked to load a one-person aerial lift onto a truck at the loading dock, so the lift could be removed for service. The dock was equipped with a power dock leveller. As the fork truck began passing from the dock leveller to the truck trailer, the truck moved away. The fork truck, its operator and the aerial lift fell to the ground. The employee sustained injuries. Meanwhile, the truck came to rest only when it struck a low concrete wall.
How the incident could have been prevented: “The fork truck operator was responsible for ensuring the trailer is secure.Numerous locking options and chocks could have been employed. It also appears the truck driver had not applied the vehicle’s emergency brake,” Leon said.

5. $313,000 ﬁne: A crane operator told a supervisor the crane was a danger, who said to shut it down. However, the crane remained in operation and tipped over while hoisting a load of aluminum joists, fatally crushing a worker.
How the incident could have been prevented: ”Why wasn’t the crane shut down? Who was responsible for doing that? Why was the crane allowed to be in such a state of disrepair that it posed a danger to workers?” Leon asked.

“These incidents speak to big gaps in each company’s lift truck safety program,” said Leon. “The workers were not properly trained, safe procedures were not followed, enforcement was lax, communication was poor, and/or best practices for lift truck safety were not followed.”
Leon recommends employers take a managed systems approach (e.g. CSA Standard Z1000) to cover off all factors affecting lift truck safety, including:
• training
• maintenance and installation
• inspections and Pre-Start Health and Safety Reviews
• housekeeping
• trafﬁc flow and pedestrian safety
• loading dock safety
“With a management system approach, these incidents might never have happened,” Leon said.
Also, train operators to the CSA Standard B335-15 for lift trucks. There are four parts to training: theory (classroom), knowledge veriﬁcation (a practical test), hands-on training with an experienced operator, and skills evaluation.
“It’s important that all four levels of training are covered off to ensure the instruction is understood and absorbed,” Leon noted. Separate training is required for each type of equipment.