Businesses will need to be dynamic to navigate rough waters 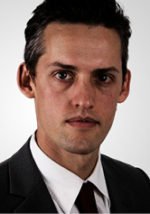 Global supply chains saw significant upheaval in 2019. From heightening trade tensions between the U.S. and China, to the advent of increasingly advanced cyber tactics, to the intensification of political uncertainty as a U.S. election year dawns, it is a tumultuous time for businesses as they steer the best course for their supply chain operations.

As we move into 2020, businesses will undoubtedly continue to contend with dynamic environments globally. As businesses and their supply chains face more disruption than ever, those that proactively strategize around these risks will be the ones that are best positioned to emerge successful this year.

Of course, one of the most significant trends that businesses have had on their radars, and which they will continue to heed, has been the trade war between the U.S. and China.

Though increased political risk in China is undoubtedly one of the biggest and most publicized impacts on global supply chains, speculation that it has led to many companies moving their manufacturing operations elsewhere has been overstated. The reality is that this exodus has already been taking place in certain industries for a number of years.

Increased costs, particularly for labour, have been the largest long-term factor driving companies to leave China. These costs have been exacerbated by tariffs on trade between the U.S. and China, especially for companies producing for export.

Still, disproportionate attention has been paid to political risks, which, to date, have led to limited supply chain shifts. While some businesses have shifted away from the region in 2019, there are also a number of reasons for companies to keep their supply chain operations in China this year. One of the most significant is because, in large part due to its size, China is still the most productive market for manufacturing operations.

Indeed, for many businesses, it may not even be strategic to leave China. While there are certainly benefits to considering other locations in the Asia-Pacific region for their manufacturing and supply chains, businesses should also be aware of the potential pain points in doing so.

Vietnam, for instance, has low labour costs and a pro-trade government, but lacks skilled labour, energy, and infrastructure. While Thailand has a well-established manufacturing sector, the competitiveness of exports has been reduced as a result of the U.S. recently suspending trade preferences over Thai labour rights abuses. And though India has low wages and a large potential market that rivals China’s, its stalled efforts toward regional integration have hindered its ability to be a significant player in global supply chain operations.

Advanced cyber tactics will also be a trend for businesses to have on their radar as they move into 2020. By nature, supply chains present a weak link for businesses that might be vulnerable to cyber attacks. A major reason for this is because criminals can infiltrate a company by attacking its supply chain partner; if an incident manages to go unchecked, it can quickly spread.

Furthermore, mobile connectivity has increased and will continue to do so in 2020. 5G networks will emerge this year, and are expected to grow to 15 percent of mobile connections by 2025. These networks also rely on cyber-physical systems, which will likely overtake conventional computers in their use by both individuals and businesses. As a result, they’re more likely to be targeted or affected by cyber threats in the coming years – and businesses will need to pay increasing attention to whether their suppliers, and their suppliers’ vendors, are employing necessary protections against such attacks.

Finally, the global political environment is more unstable than ever before. Particularly as the U.S. heads into an election year – and foreign policy remains unpredictable – businesses will need to be dynamic and nimble as they navigate the uncertainty. Businesses that are able to be proactive and forward-thinking as they navigate their supply chain challenges stand to best weather the turbulence in 2020.