Shippers continue to pay for the Ever Given mistake 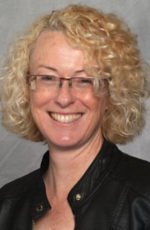 Last issue I wrote about the container backlogs and congestion plaguing the movement of consumer goods and manufacturing raw materials. At the time I noted that shippers everywhere were frantically trying to find out where their shipments were and when they would arrive. I also said it wasn’t any one single party in the supply chain to blame.

Shortly after that commentary went to print the world watched in shock and awe as the massive container ship, the Ever Given, got itself wedged across the Suez Canal. It blocked the 200-kilometre-long watery shortcut from Asian ports to Europe and North America for almost a full week starting on March 23.

The immediate repercussions saw more than 360 ships stuck on either end of the canal, waiting their turn to transit through. Estimates at the time suggested the stall affected 12 percent of global trade, or US$10 billion each day.

“There are two terms that everyone learns when studying supply chain management,” said Rich Thompson, JLL’s global head of supply chain and logistics solutions. “The first is ‘bottleneck’, and this is a vivid example of a bottleneck. The second is ‘bullwhip’, which refers to the back-end consequences of such a problem or mistake. The bullwhip effect related to this will essentially mean that consumers will face certain shortages of products in the near-term and will be paying more for those products in the mid-term.”

And the effects linger on. Ocean rates, which were already on the rise, have been climbing, with particular emphasis on routes that use the Suez. According Freightos, rates from Asia to the Mediterranean have increased by 23 percent in May to almost US$10,000 per FEU, and Asia to the North American East Coast have climbed 18 percent. This compares to a relatively modest 10 percent increase in Asia to West Coast North America rates, which are not impacted by Suez travel.

The Global Shippers’ Forum (GSF) called BS on the increases, saying liner operators might use the Suez incident as an excuse to raise rates. “GSF is warning shippers to be wary,” said secretary-general James Hookham. “This incident was not our fault and the reasons why customers should be expected to pay extra, on top of record shipping rates for goods delivered late and for reasons ultimately of the industry’s own making, should be challenged.”

So far it looks as though shippers are paying. What choice do they have?