The future of transportation

A glimpse at modes to come 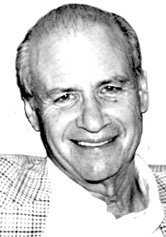 Dan Goodwill, president
of Dan Goodwill and Associates, is a consultant to manufacturers and distributors. He can be reached at
dan@dantranscon.com.

Duncan and Webber conclude that “the resurgence of the electric vehicle (EV) is strong today…A global coalition of countries has the aspirational goal of electric vehicles taking 30 percent of the market share by 2030…At the core of this transition is the relative efficiency of electric motors compared with internal combustion engines…In addition to being cheaper to fuel, the EV is simpler and much cheaper to maintain.”

The authors state: “the heavy-duty trucks and semis that haul our goods and food across the country are also going to be electrified…Truck makers have several efforts underway to make tractor-trailers electric, and we should see electric long-haul trucks on the highways in a few years…the infrastructure for highway charging stations for heavy-duty trucks could be set up relatively quickly…Fixed delivery routes may be some of the easiest to manage for autonomous vehicles.”

The authors say “we may see the first widespread use of autonomous vehicle technology in the form of truck platooning. Platooning means trucks are linked electronically, and follow a lead driver on highways…Trucks would join the road train on the major highways and drivers would be able to read, eat, or do whatever they wished in the vehicle as long as it was electronically hooked into the caravan…As they approach their exit, drivers would electronically detach from the caravan and resume driving control of the vehicle.”

Duncan and Webber believe platooning is likely to become a major form of freight transport on our highways. “While there was initially some fuss…that automated trucking would eliminate jobs for truck drivers, rather it is the other way around: the shortage of truck drivers might help facilitate the adoption of self-driving trucks.”

In one of the most interesting sections of the book, the authors argue, “we will be talking to our vehicles and interacting with the world through them. And the vehicles will be talking to just about everything. This makes more sense when you think of this future system as an expansion of the apps, services, and transportation vehicles that we are already using.”

Duncan and Webber believe “the first general use of driverless vehicles will probably be in freight delivery. There are not the safety issues of protecting a passenger, and dedicated routes for freight make this an easier transport sector to automate. ”

“Coordinated transportation systems will ensure that single products and bulk goods can be packaged, routed, and shipped in the most efficient fashion possible, without ever being touched by human hands…robots in an automated warehouse will locate, pick, and package the product, and place it in the proper location for shipment. The warehouse will load the product onto a self-driving truck that will deliver the goods to either an airport, rail yard, or ocean port.”

Freight consumption may accelerate even more quickly due to Internet shopping, which has received a significant boost from the current pandemic. “There is also a focus on automating “the last mile” of package delivery…This approach would combine self-driving delivery vehicles with the robotics necessary to get from the street or driveway to the front doorstep…Another option for the last mile of delivery is small robotic devices that would travel on sidewalks up to the front door.”

In a 1972 Rand Corporation report, Robert Salter laid out the concept of a high-speed underground transportation system using pneumatic tunnels as a way to improve the efficiency of transportation.

In 2013, Elon Musk announced his ambition to develop Hyperloop technology, as he dubbed it. “Hyperloop vehicles are expected to reach speeds over 600 mph…Hyperloop trains could replace short-haul airplane traffic, especially if they can combine the frequency of the subway with the speed of the aircraft,” the authors say.

These are just some of the highlights from the chapters on Transportation. This book is must reading for anyone trying to gain insights as to how buildings, transportation and energy systems will evolve over the next several decades.