The View with Lou: Don’t ignore this 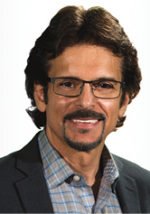 The Covid-19 pandemic has dramatically changed the plans of many transportation companies and the shippers who employ them.

One thing that hasn’t changed, however, is Ottawa’s insistence on meeting its June 2021 deadline for ending the long-running charade of antiquated (and easily altered) paper logs being used to keep track of truck driver hours of service. Pandemic upheaval be damned, Ottawa so far is sticking to its guns that by June next year federally regulated motor carriers will have to adopt electronic logging devices (ELDs) to keep track of their hours of service.

Why do shippers using trucking services need to get this date on their radar in addition to all the other supply chain changes they’re grappling with at the moment? Because the ELD mandate affects more than 150,000 truck drivers across the country.

Many carriers not ready

And because, if history and our research are any indication, there will be many motor carriers who, despite plenty of advance warning, will not be able to meet the implementation deadline. That will mean they won’t be able to legally move freight and that spells service disruption in capital letters.

That’s exactly what happened when the US mandated the move to ELDs for trucks plying its highways. Our research shows the same will likely happen here.

Only 55 percent of those responding to our recent Pulse Survey said their truck fleet is currently using ELDs. While 63 percent said their fleet would be ELD mandate-ready come next June, 17 percent said they weren’t sure and 20 per cent said a flat out no they would not be. That’s more than a third of the sample predicting their truck fleet operations may not be able to meet the federal ELD implementation deadline. Imagine not being able to count on a third of available truck capacity for your truck freight movements for the second half of next year.

In the U.S., the Federal Motor Carrier Safety Administration (FMCSA) granted a two-year grandfathering period to carriers who were already using the previous digital technology, electronic recording devices (ERDs), to transition to electronic logging devices (ELDs). And yet there were plenty of carriers who still weren’t able to comply with the deadline. Transport Canada had initially proposed a similar two-year grandfathering period and then decided against it. It’s do or die for Canadian motor carriers come next June.

More than the technology

Of course, being ELD-ready requires more than just having the technology in place by the implementation date. Getting staff to first accept the new technology and then training them to effectively use it, takes time. Even a small change in a company can create upheaval and ELDs are no small change.

How concerning is it then that our research found that only 56 percent of trucking industry respondents preferred the new system over the old one, and that when asked to rate on a scale of one to 10 how prepared they felt Canadian trucking was for the change to ELDs, their collective rating was just 3.7 out of 10.

The Private Motor Truck Council of Canada, representing companies who run private fleets in order to transport their goods, has recently made an impassioned plea for the federal government to delay its ELD implementation date by six months. Unlike in the U.S., the Canadian mandate requires devices to be certified by a third party and the deadline for naming those third parties has been missed.

Even if certifying bodies were announced starting this October, it would take four to six weeks from then for ELD manufacturers to have their devices certified. That leaves carriers about six months to comply with the regulation. But since the Canadian Trucking Alliance and Teamsters Canada, both influential industry supporters of the ELD mandate, are not siding with the PMTC in asking for a delay, there’s little incentive for Ottawa to change its original timeline.

It all adds up to this: Now is the time to begin serious conversations with your motor carrier partners about how they are addressing the ELD implementation deadline. You need to know if these are the carriers you can bank on doing business with next year, or if it’s likely you will need to find new partners.