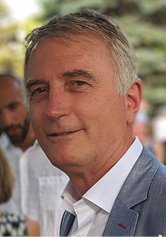 Christian Sivière runs Solimpex and
is an international trade
consultant and lecturer.

In early June, the Biden administration in the United States announced the formation of a task force to address supply chain bottlenecks, focusing on the semiconductor, construction, transportation and agriculture sectors. The idea was to limit shortages, reduce the dependence on imports from China and increase domestic manufacturing.

The new task force is led by the secretaries of Commerce, Agriculture and Transportation and is concentrating on parts of the economy where there is a mismatch between supply and demand.

A prime example is in the auto manufacturing sector, where automakers worldwide have been affected by the computer chip shortage. This was reflected in Canada’s April trade figures published by Statistics Canada: Merchandise imports fell 4.7 percent in April, while exports decreased one percent. Both declines were in large part due to decreases in trade of motor vehicles and parts resulting from production shutdowns in our auto assembly industry due to the semiconductor shortage.

Beyond the auto industry, all manufacturers are affected by rising raw materials costs. According to the World Bank, energy commodity prices continued their upward surge in June, rising 9.4 percent, following a 7.2 percent increase in May. Non-energy prices eased 1.4 percent in June, but that followed a 6.5 percent rise in May.

Closer to home, North American lumber prices recently started to drop, but that’s after skyrocketing earlier this year, mainly due to strong demand in the U.S. When forest and energy products do well, we benefit, as these are important exports for Canada, along with agricultural products.

Manufacturers face another challenge in the distribution of their products: pallet prices are soaring. According to the U.S. Bureau of Labor Statistics, the pallet category in their Producer Price Index has risen for 13 straight months and jumped 31 percent this year. About two billion pallets circulate in the U.S. economy.

The supply chain taskforce is not the Biden administration’s only initiative in this respect. An Executive Order on competition was signed on July 9, targeting agriculture, technology, health care, financial services and alcohol, to promote competitive markets and limit corporate dominance.

Among the many provisions included in the order are directives aimed at railways and ocean shipping. According to the administration, the small number of major players in the rail and ocean trades has enabled them to charge unreasonable fees.

Over the years, consolidation in railroads has limited competition, and the same has been happening in ocean freight. For example, we’ve seen COSCO absorb China Shipping and OOCL; and K-Line, NYK and MOL becoming ONE, reducing available choices for shippers. Ocean rates have tripled or even quadrupled on some lanes, space is scarce, schedules are not reliable and empty containers are in short supply but this is largely due to the law of supply and demand.

Strong post-Covid growth in the U.S. and in Europe, coupled with the consumer buying frenzy encouraged by e-commerce has produced very strong market conditions. And since international ocean freight is largely unregulated, it has become a free-for-all.

The Executive Order brings in the Federal Maritime Commission and wants to ensure that U.S. importers and exporters aren’t being charged “unjust and exorbitant fees” by carriers. The FMC will work alongside the Justice Department, indicating how serious this is.

Another issue is detention and demurrage costs paid by U.S. shippers. These occur mainly due to slower movements of containers inland, because of congestion at ports and terminals. Several reports show that these costs have drastically increased this year, with some saying that they doubled in 2021 and now average about US$600 per container.

On the other hand, carriers say that the charges are necessary to encourage fast cargo/equipment movement, thereby increasing asset utilization. When an import box is emptied quickly, it can be turned around for an export load, or sent back empty to China to pick-up a much higher paying export from there. The FMC is also going to examine the issue of carriers sending containers empty from North America to Asia, instead of making them available to North American exporters.

Is this good for us? Absolutely. Canadian businesses have the same challenges as those in the U.S., and we are too small a player to influence the market. Thus, if the U.S. manages to rein in hungry carriers and create conditions for more competition, this will benefit Canada.