Each flight could save 250 litres of fuel 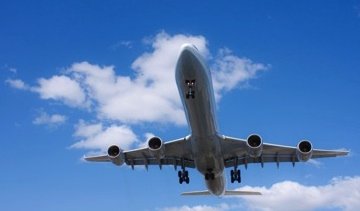 The ENGAGE Corridor Project is a partnership between NAV CANADA, NATS—its UK counterpart—and Air France. The project aims to improve the efficiency of the 350,000 flights per year crossing the North Atlantic.

The project will assess flight trials for the potential to reduce GHG emissions in North Atlantic airspace. The results of the flight trials will be compared to “normal” operations on similar trans-Atlantic flights. The flight trials, which will begin this February and continue through spring, will test two concepts:

•    progressive or continuous altitude change; and

As a flight crosses the ocean, the aircraft burns fuel and its weight decreases. Assuming there’s no wind, this results in the most efficient flight altitude becoming higher. Therefore, an efficient flight would include a continuous altitude change and corresponding change in mach.

Oceanic flights could potentially save 250 litres of fuel and 650 kilograms of GHG emissions per flight by varying mach and altitude, according to NAV CANADA.

The project is one of several outlined in NAV CANADA’s recent report, Collaborative Initiatives for Emissions Reductions (CIFER) Status Update 2011.