Shipping lanes rerouted to save whales 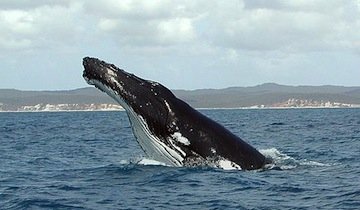 SAN FRANCISCO, California—Large vessels travelling to ports on the California coast will begin using new traffic lanes on Saturday that were developed to protect endangered whales from ship collisions.

The new lanes change traffic into and out of San Francisco Bay, the Santa Barbara Channel and the ports of Los Angeles and Long Beach in an effort to steer ships clear of where whales congregate.

Migrating blue, fin and humpback whales are prone to ship strikes since they are lured to the California shoreline in years where there’s plentiful krill. All three species are endangered.

“Our goal is a balance between the safe passage of commercial vessels into our busy ports and protection of endangered whale populations in and adjacent to national marine sanctuaries,” said William Douros of the National Oceanic and Atmospheric Administration (NOAA).

An uptick in the number of fatal whale strikes spurred federal maritime officials to work with the shipping industry and environmentalists on a two-year study meant to find ways to reduce the whale deaths.

The new lanes, along with aerial studies and an on-ship whale sighting effort are all new efforts meant to reduce whale casualties.

John Calambokidis, an Olympia, Washington-based scientist who has studied ship strikes off the West Coast for decades and who participated in the effort, said the lanes are a good first step, but not a panacea.

“This will be a significant improvement but it will only result in a modest reduction in ship strikes and there are a number of additional steps we need to take to make more progress on this,” Calambokidis said.

In addition to the new traffic lanes, researchers will begin a series of flights beginning July 1 over the Santa Barbara Channel that will help further map where ship and whale traffic overlap.

Shipping companies have also agreed to host a NOAA-approved scientist aboard some company ships to develop a vessel-based whale spotting program that would reduce strikes.

The Pacific Merchant Shipping Association, which worked on the changes, applauded the efforts.

“We are in full agreement with the shipping changes as they will help assure the protection of both human and marine life and the continued safe and efficient flow of commerce in and out of California ports,” TL Garrett, the association’s vice-president, said.

Three lanes on the approach to the San Francisco Bay will be extended past the Continental Shelf to limit interaction between whales and cargo ships within the Cordell Bank and Gulf of the Farallones national marine sanctuaries.

In the Santa Barbara Channel, where four blue whales died in vessel strikes in 2007, a southbound lane will be shifted a mile north. The new lane steers vessels away from feeding grounds used by blue and humpback whales. Other lanes will be narrowed.

The ports of Los Angeles and Long Beach, which handle 40 per cent of America’s import trade, will see similar changes.