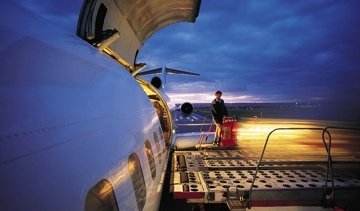 MONTREAL: The immediate future doesn’t look at all rosy for the air cargo business.

That’s the conclusion reached by the International Air Transport Association (IATA) in its latest industry study.

The study found that international freight volumes fell 3.8 percent in October 2011 and that American freight volumes were down 4 per cent from the previous year. Freight ton kilometres (FTK) were also down 4.8 percent.

The IATA also reports that cargo rates continue to decline. Globally they were down eight percent for 2011. Rates for shipping cargo between south east Asia and Europe were 24 percent lower. This is in part due to lower demand for Asian-manufactured goods in the European and North American markets.